- According to Cynthia who is the wife of TV personality Ebuka, there is nothing wrong with the concept

Following the buzz surrounding Hollywood couple, Will and Jada Smith's alleged open marriage and its connection with singer August Alsina, many internet users seized the opportunity to share their thoughts. 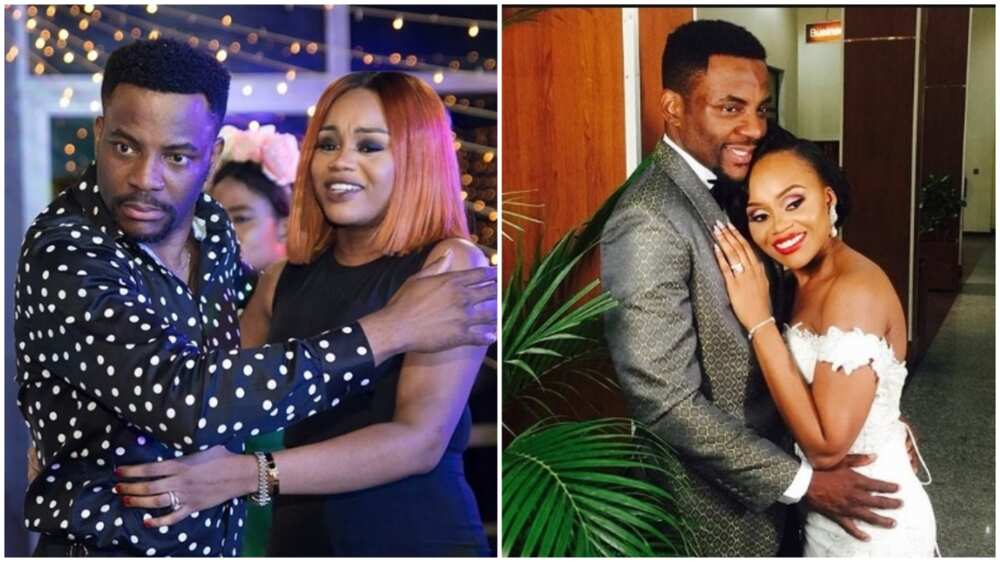 One of such people is Cynthia Obi-Uchendu, wife of TV personality, Ebuka. She recently took to Twitter platform to speak about open marriages.

She tweeted: “I’ve always said that there is absolutely nothing wrong in having an open marriage.”

She added that people should feel free to do as they pleased as long as their partners are not kept in the dark about anything. 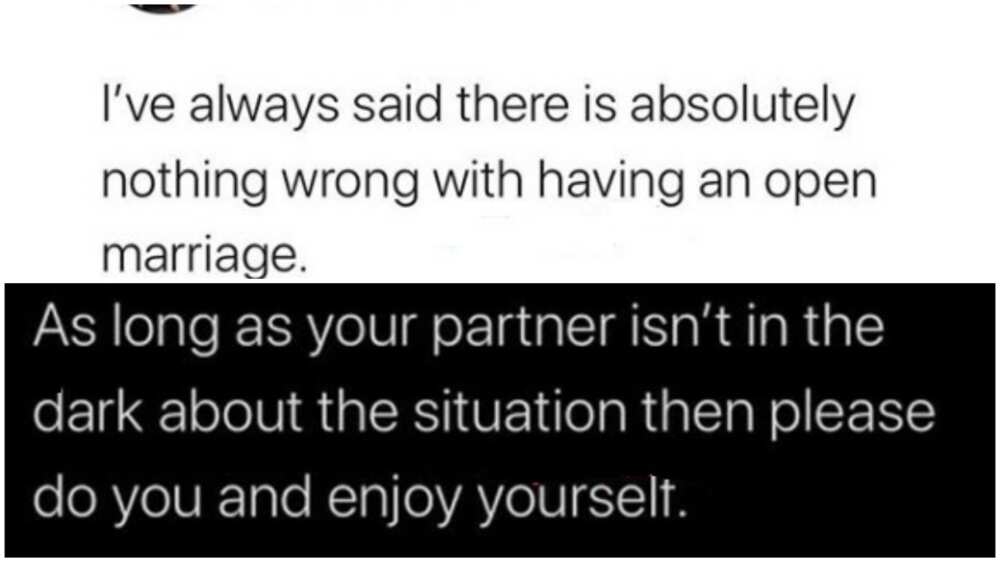 The post which appears to have been taken down left many tongues wagging. Screenshots of the tweets have since gone viral on several social media platforms.

Read what people are saying: 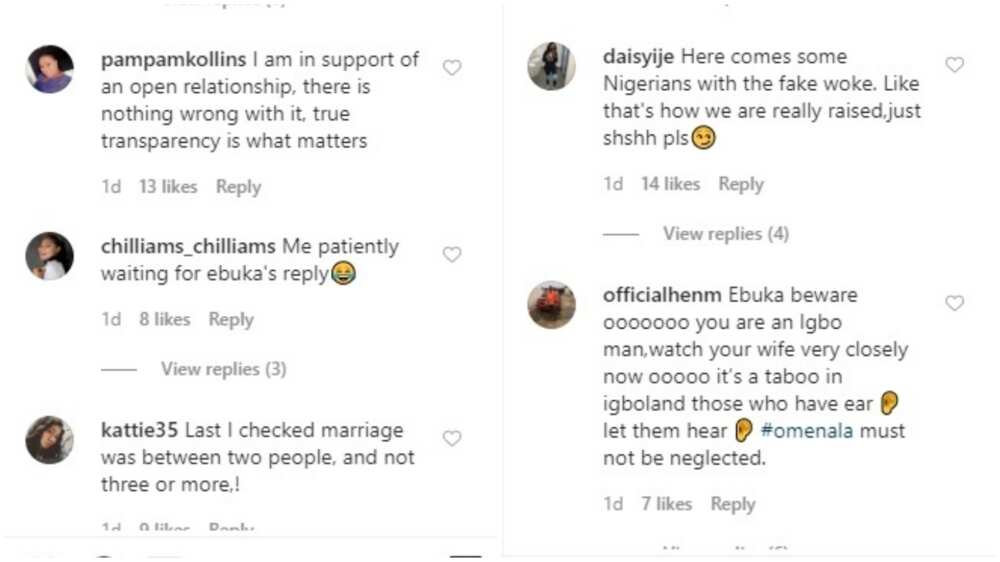 The news of Will and Jada Smith allegedly having an open marriage recently sparked a debate on social media about whether open marriages help reduce cheating.

Jada was dragged and mocked online after singer August Alsina claimed he was involved in an affair with her for years. Many Nigerians on social media condemned her for the act while some defended her, saying having an open marriage is better than cheating.

Well, following these mixed reactions on the internet, Legit.ng decided to carry out a poll to see where people really stood on the matter.

Meanwhile, Jada has publicly admitted cheating on her husband Will Smith with singer August Alsina.

While she admitted indeed she went astray, she insisted her relationship with Will had ended the time she hooked up with Alsina.

Also, while many women see marriage as a beautiful institution to spend the rest of one‘s life with their soulmates, it appears there are some who think of it in a rather different way.

One of such people is Twitter user, Sharon Godwin (@AlumBaeOfficial). She recently left jaws hanging when she took to the platform to define what she believes marriage is to women.

According to the Ugandan lady, many women see marriage as a retirement plan for when they are done sleeping around.

Is Priyanka Chopra really a hypocrite?