The Blues already completed the signing of Ajax's Hakim Ziyech and RB Leipzig striker Timo Werner in a deal which cost them about £85 million.

And if they must splash any more money on incoming stars, they need to release a few of their stars to achieve such a goal.

SunSports report that the Bayer Leverkusen player is ready to leave his present club with the Stamford Bridge outfit leading the chase for the enterprising midfielder.

Los Blancos, on the other hand, have been a long time admirer of the 2018 World Cup-winning Frenchman and Lampard may allow boss Zinedine Zidane to unite with his compatriot.

However, Chelsea will have to meet his £90 valuation before his German club gives him the green light to move to West London.

Meanwhile, Kante could move to the Santiago Bernabeu in a deal in the region of £70m and this could help Lampard raise the money needed for his target this summer. 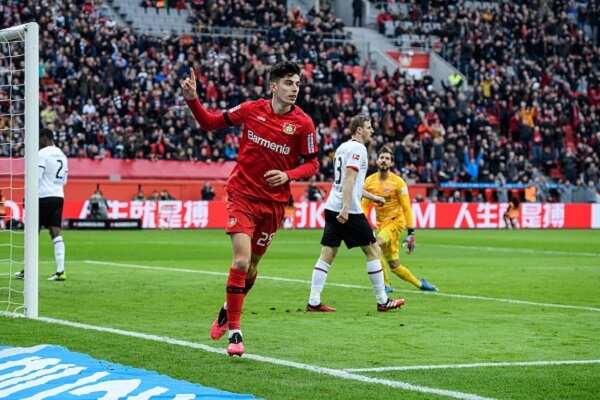 The Frenchman is one of the few players to have won the Premier League back-to-back with two different clubs and was voted player of the season. His current deal with Chelsea ends in 2023.

He has been deployed both in the defensive and offensive midfield roles - showing his versatility on the pitch.

With the emergence of Billy Gilmour, the return to form of Ross Barkley and the presence of Mason Mount and Ruben Loftus-Cheek, Lampard may let the Frenchman go.

Havertz scored 17 goals and nine assists across competitions for Leverkusen and his contract with the German side expires in 2022.

And if the Blues seal Champions League qualification they are confident a deal will go through, especially with German colleagues Antonio Rudiger and Werner already at Stamford Bridge.

Legit.ng earlier reported that Kai Havertz seems to have told Bayer Leverkusen that he wants to leave this summer putting Chelsea in the right frame to get his signature.

Blues manager Frank Lampard is planning hard for next season as the former England international wants his side to fight for all the titles.

Already, the Blues have signed Timo Werner and Hakim Ziyech who are expected to arrive London at the end of the ongoing season in Europe.