Lionel Messi was not on the scores sheet for Barcelona in their 1-0 win over Real Valladolid at the Estadio Jose Zorrilla this weekend.

The 33-year-old created an assist that helped Chilean midfielder Arturo Vidal score the only goal that separated the two sides after regulation period.

According to Goal.com, Barca legend Xavi Hernandes was the first to create 20 assists in 2008-09, but none has been able to score 20 plus and still create the same number of opportunities created until now.

Meanwhile, Messi became the second player to achieve such feat in Europe after Arsenal icon Thierry Henry after netting 24 goals and contributed 20 assists during the 2002-03 Premier League season.

Though the Catalans are currently second on the table with just two matches left to play, Messi is at the summit of the goals chart with 22 goals - with Karim Benzema next to him with 18.

This is probably one of the reasons the club chiefs are doing everything to keep the Argentine at the club beyond his current deal which expires in 2021.

The club's president recently said that the six-time Ballon d'Or winner will retire at the Camp Nou despite rumours linking him away from the club. 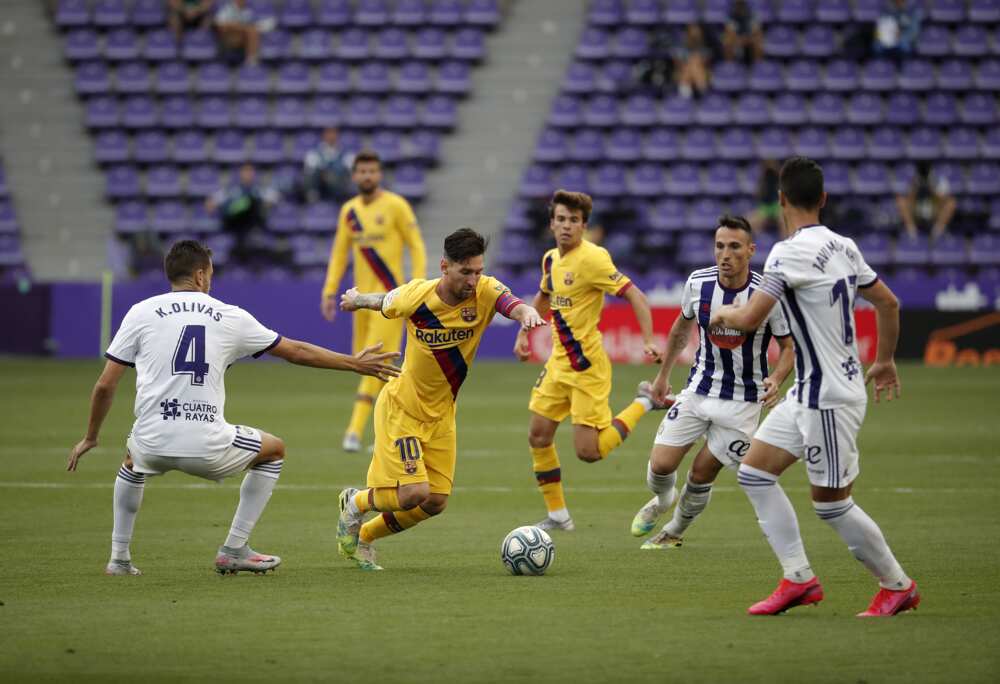 His rival presidential candidate Victor Font has also expressed his confidence that the forward will remain at the club.

Legit.ng earlier reported that Real Valladolid vs Barcelona saw the end in a 1-0 to the defending champions as they reduce the lead at the top of La Liga to one point.

Arturo Vidal grabbed the only goals of the game as Quique Setien's men are not giving up on the title race yet.

Antoine Griezman had lier missed an earlier chance to put la Blaugrana in the lead but the spurned his effort on goal.