Akwa Ibom Liberation Movement, AILM, a foremost sociopolitical group in Akwa Ibom state on Saturday, July 11 gave out cash to 41 indigent patients in some hospitals in the state.

He said the group chose to celebrate the governor's birthday with people in need in hospitals across the three senatorial districts of the state to mark the day. 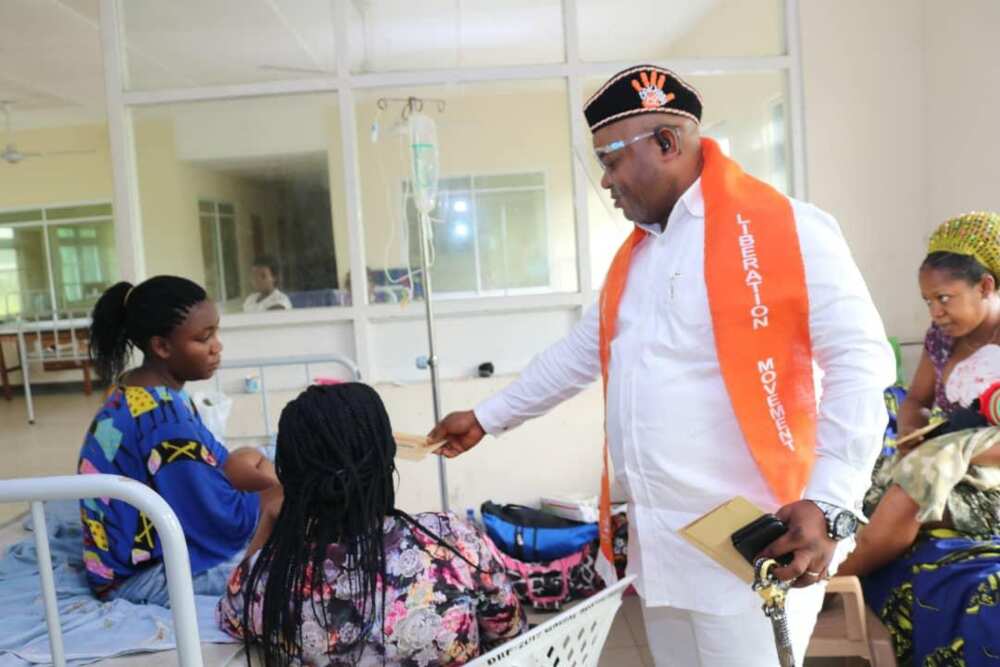 Prince Sam handing over a cash gift to one of the beneficiaries during the visit. Photo credit: AILM
Source: Facebook

Presenting the cash donation to the benefiting patients at General Hospital, Iquita, Oron and Saint Luke's Hospital, Anua, Uyo, Prince Sam said members of the movement were pleased to use the governor's birthday to reach out to some Akwa Ibom people.

“As a group, we have visited three hospitals, one in each of the three senatorial districts, and have paid the bills of some patients. This is our own birthday gift to the governor,” Prince Sam, who is the special assistant on local media to the governor said.

Presenting the uniforms to the headmistress of the school on Wednesday, February 26, Prince Sam said the initiative will boost the pupils' morale and they will be excited to learn if they are properly dressed in clean uniforms.

According to him, old and torn school uniforms could dull the morale of pupils and lower their self-esteem and academic performance.

He further said the donation was to show appreciation to his boss the governor for continuing the free and compulsory education policy of the state.