- Ronaldinho will remain under house arrest after his appeal was rejected

- Ronaldinho and his brother were arrested in March by the authorities

Ronaldinho's appeal has reportedly been turned down in Paraguay and he will remain under house arrest in the North American country.

The Brazilian legend was arrested alongside his brother Roberto de Assis in March over fake documents.

Both were remanded in prison for over 30 days where the Barcelona icon celebrated his 40th birthday.

SunSport reports that the midfielder was said to have been given a presidential suite in a four-star hotel with access to play football.

Meanwhile, the former Paris Saint-Germain star has described his stay as 'long' with no end to his problems in sight.

He told Mundo Deportivo in June: "Here at the Palmaroga Hotel we have excellent treatment.

"We have everything well ordered, we are very calm and they do anything to pass time in the most pleasant way possible. "It has been sixty long days.

"People in their homes must imagine what it must be like not being to do what you are used to. "I think that is something will remain forever to all us after living this complicated experience." 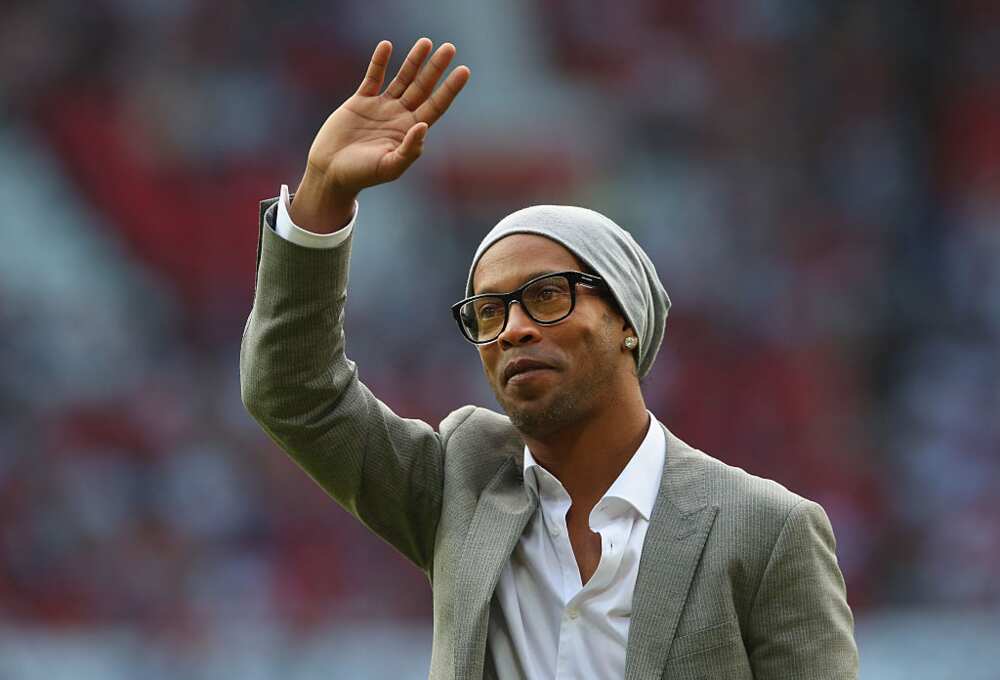 Ronaldinho's stay under house arrest may have been extended after his appeal was turned down - credit: Getty Images
Source: Getty Images

Ronaldinho denies any wrongdoing and said in April that he was "totally stunned" when told the documents were thought to be fraudulent.

Legit.ng earlier reported that Brazilian icon Ronaldinho is could come out of retirement to play under the legendary football great Diego Maradona.

Learn all the top facts about the Duncan Mighty arrest

The 40-year-old has not played professional football since his last outing for Brazilian club Fluminense in 2015.

It was gathered that the former Barcelona and AC Milan playmaker is open to the move as Maradona will do everything to land the exciting star.

Also, Legit.ng revealed that Ronaldinho may be under house arrest, the former football star has reportedly been given a luxurious room which enables him to practice.

The 40-year-old was recently granted partial freedom after coughing out a sum of $1.6 million, the bail fee required to get himself and his brother released from the prison.

Although the World Cup winner is not off the hook yet, he is awaiting his trial in Paraguay and that is one of the reasons he is being held under heavy security at the Palmaroga hotel in Asuncion.