Veteran Nollywood actor Victor Osuagwu has gotten his fans on social media cracking up following an exchange with his teenage daughter, Angel.

The young lady took to her page on microblogging platform, Twitter, to share the hilarious response she got from her dear father after expressing her love for him.

Angel had reacted to another Twitter user who asked his followers the worst response they have gotten after proclaiming their love for someone special. 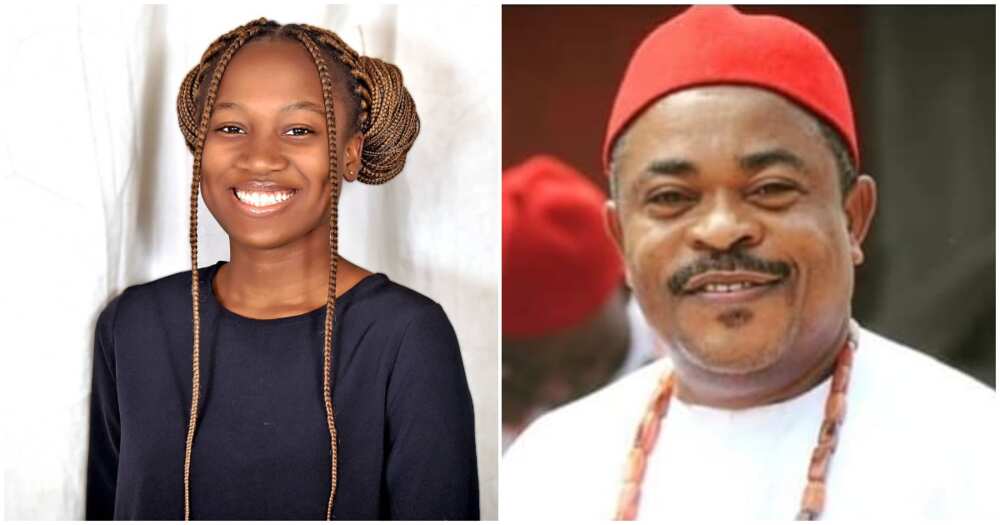 The individual disclosed that his dad once said ‘amen’ after professing love to him.

Reacting, Angel used the opportunity to share her experience with her father after saying she loves him.

In the screenshot shared, after the actor’s daughter said she loves him, he simply responded by congratulating her.

Several Nigerians who came across the tweet found it hilarious and many were quick to react in the comment section.

"I guess you forgot your dad is a comic celebrity, so what exactly were you expecting," one follower said.

Read what other people had to say below:

One follower also shared a similar experience with her mother.

Some months ago, Legit.ng reported that the actor became a trending topic of discussion on Twitter after his daughter flooded her page with some of his throwback photos.

The young lady said she came across the hilarious photos while she was going through their family album. Osuagwu was captured on different movie sets in the photos that elicited mixed reactions from his fans on the social media platform.

What if your child isn't really yours? | Legit TV