Wilfried Zaha can now heave a sigh of relief after the West Midlands Police arrested a 12-year-old boy who aimed racist messages at the Crystal Palace winger.

Trezeguet's scored a goal each in either half of the game but the victory could not lift them beyond the relegation zone with the season fast running to an end.

The 27-year-old had started receiving abusive messages on his social media platform earlier on Sunday, July 12 and the Ivorian shared the screenshots with the caption; "Woke up to this today."

SkySport, however, reports that the authorities confirmed that have into custody a boy from Solihull in relation to the incident after the fixture.

The publication further revealed that the post came up about two weeks after the Premier League launched a new system to allow players to report online abuse.

Meanwhile, his manager, Roy Hodgson threw his weight behind Zaha's decision to report the situation, saying both clubs are working to identify the individual responsible.

He said: "It is very saddening on the day of a game that a player wakes up to this cowardly and despicable abuse.

"I think it is right that Wilf made people aware of it; I don't think it is something he should keep quiet about.

"There is literally no excuse; there is no excuse at all."

Premier League while reacting to the situation said: "This behaviour is completely unacceptable and the Premier League stands alongside @wilfriedzaha in opposing this and discrimination in any form. There is #NoRoomForRacism, anywhere. 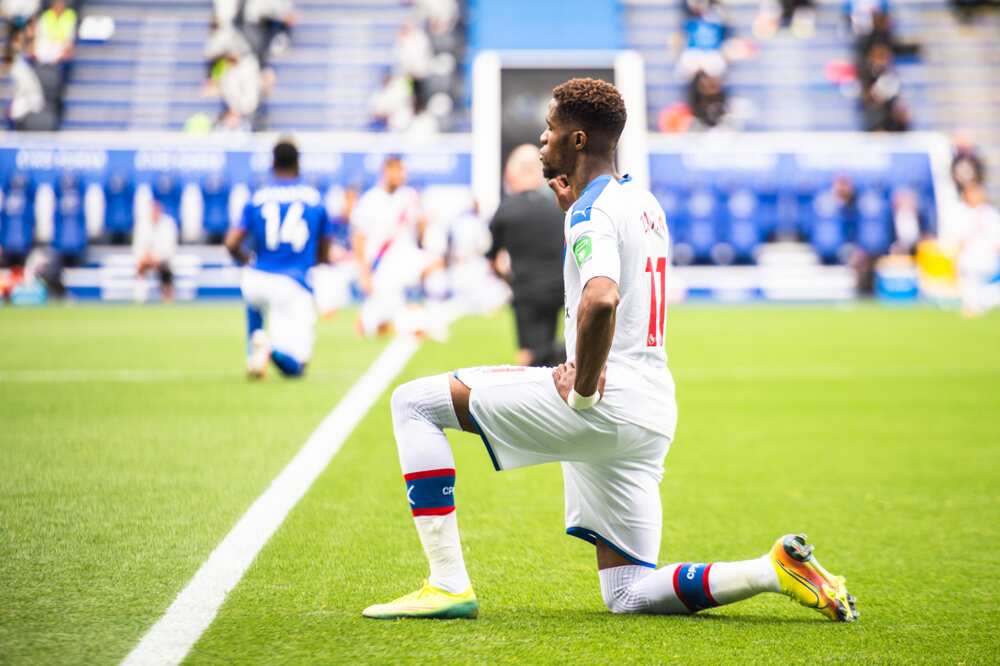 Legit.ng earlier reported that Raheem Sterling has highlighted the fact that black people do not get equal opportunities with the whites to become managers of clubs.

The Man City winger used the likes of Steven Gerrard and Frank Lampard whose careers sprang up as managers immediately after they finished their respective playing spells.

Sterling insisted the lack of black people in football’s hierarchy and in the managerial positions remains a concern for him.

The publication further reported that Manchester City forward Raheem Sterling has outlined how he feels racism can be tackled out if football after being a victim.

The England international told football authorities to make sure that any team whose fans are caught in racist abuse should be given a 9-point deduction.

Sterling went on to call for teams to be forced to play behind closed doors for three matches if racist incidents occurred.