She was hungry and smelling on the streets - Man narrates how he found his lover, social media reacts

- The young man, who has found love, revealed that he met his current girlfriend on the streets

For many, quite inexplicably, love is hard to find while some find love in some of the strangest places that is hard to imagine.

A Twitter user with the name Satryasiss has evoked emotions from his followers on his page after he shared the romantic story of how he met his current partner.

According to the gentle-hearted man, until he met his girlfriend, she was in an economically distressed situation.

He revealed that his girlfriend faced the challenge of homelessness and had to find refuge on the streets. 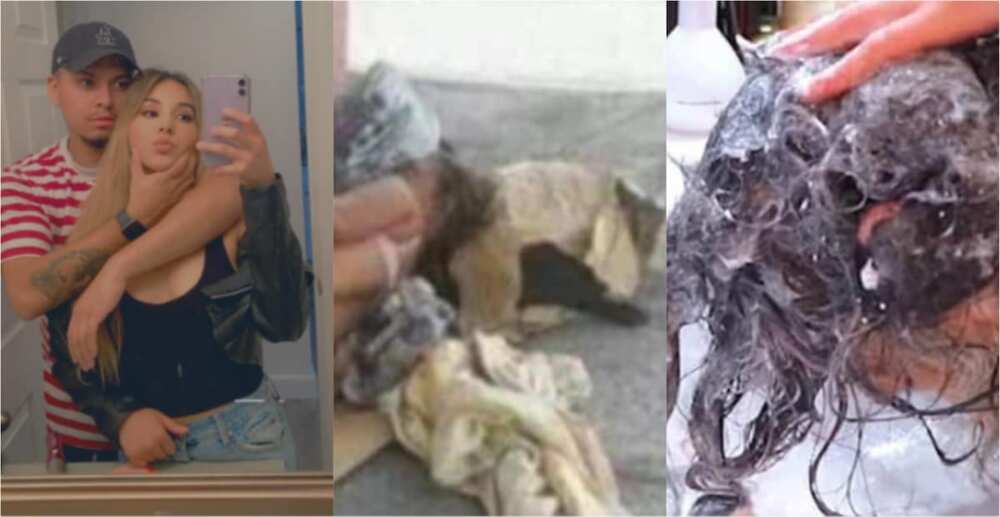 Without giving much details about his girlfriend, including her name, Satryasiss, noted that she was misplaced and hopeless.

He emphasised that she looked horrid with a putrid smell.

In spite of her state at the time, the young man said he found reason to take her in, clean her up, and make her his girlfriend.

Captioning his extremely compassionate love story in a post on social media, he wrote:

‘‘She was out on the streets hungry and smelled horrible. I took her back to my house to get her cleaned up and I fell in love. Look at us now.’’

Satryasiss’ romantic and goose-bump raising love account of how he met his current girlfriend has generated a lot of reaction on the microblogging site.

In another story, two lovers who recently moved to Ghana after the man was deported to Italy have recounted their experience prior to and during their stay in the country.

Listen and enjoy the latest single by Bensoul - Niombee

The lady, identified as Manka Ndah, a UK native with Ghanaian roots who moved into the country with her deportee boyfriend, revealed that life has been good to them after they moved to Ghana six months ago.

Speaking about their ordeal before they moved to Ghana, Ndah’s boyfriend revealed that he had spent over two years in jail before he was deported to his native country, Italy.

The duo were in a relationship before he was arrested and jailed for possession of drugs.