- Manchester United are desperate in signing the 19-year-old striker

Footage of Erling Haaland being kicked out of a nightclub has surfaced online as he was seen being dragged out by a security official of the facility.

The Borussia Dortmund striker was back in Norway over the weekend, but a video went viral that appeared to show him being escorted out of a nightclub by security.

German outlet Bild are reporting that the 19-year-old attracted so many people at the nightclub as they approached him for selfies, which according to the club would not make social distancing possible.

It was gathered that the player’s dad Alf-Inge poked fun at the 19-year-old, saying: “Come on Erling, back to work. Big city nightlife is not for you.”

Haaland became the third teenager to score more than one goal in their Champions League debut since Real Madrid's Raul Gonzalez and Manchester United's Wayne Rooney. 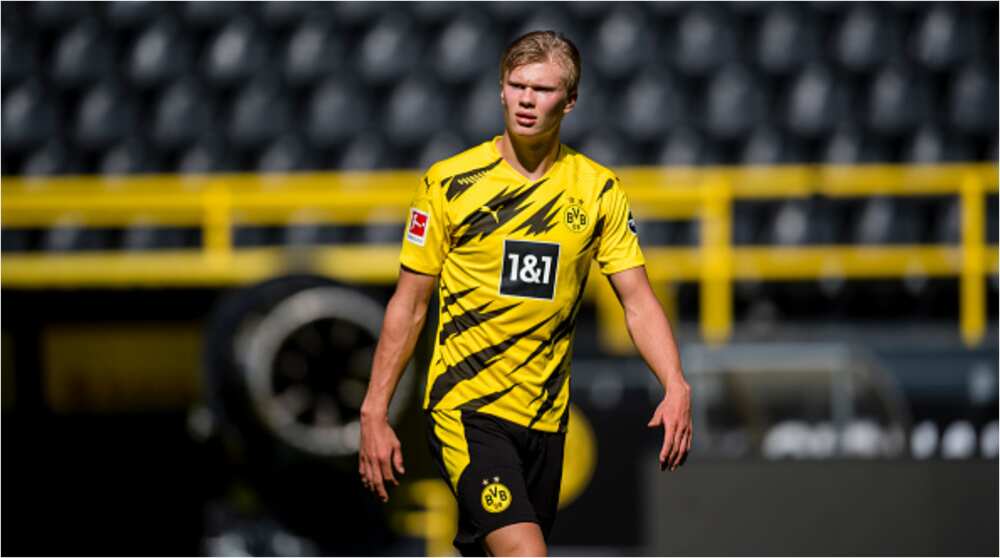 United are one of the top clubs tracking the Norwegian international and he was handed his first senior debut with Molde under current Red devils boss Ole Gunnar Solskjaer.

But it is understood the youngster is a huge fan of Leeds United because he was born in Yorkshire and his father played for the Whites.

And Haaland has openly admitted his dream of bringing Leeds back to Premier League football in the future.

Erling Braut Haland scored nine goals in Norway's 12-0 win over Honduras at the U20 World Cup earlier this year.

Unfortunately for Haaland, it’s now hard to imagine how he’s going to be able to enjoy a night out again anytime soon.

The 19-year-old has been in incredible form for Bundesliga side Borussia Dortmund since he joined them in January 2020 in a deal around £17 million from Red Bull Salzburg.

He has scored 13 goals and three assists since he joined the Bundesliga giants in January 2020, while his tally for the season so far stands at 41 goals and 10 assists in all competitions.

He has been linked with a move to Real Madrid already but the Serie A side is planning to offer a £67million deal to lure him to Turin.