Manchester United on Monday night, July 13, still kept alive their hopes of finishing among the top four this season as they were forced to 2-2 draw by visiting Southampton in EPL tie.

Solskjaer and his men started the match impressively looking for the first goal in the early minute as Bruno Fernandes located Mason Greenwood with a brilliant pass, but he was unable to beat goalkeeper Alex.

The visitors then became strong five minutes later and they scored their goal in the 12th minute through Stuart Armstrong who benefited from a pass from Nathan Redmond.

United tried to restore parity almost immediately with Paul Pogba setting Anthony Martial up, but the Frenchman was unable to score.

England international Marcus Rashford eventually scored the equalizer for Manchester United in the 20th minute thanks to a superb pass from Anthony Martial.

Three minutes later, the Old Trafford landlords scored again through Anthony Martial who got a good pass from Bruno Fernandes. 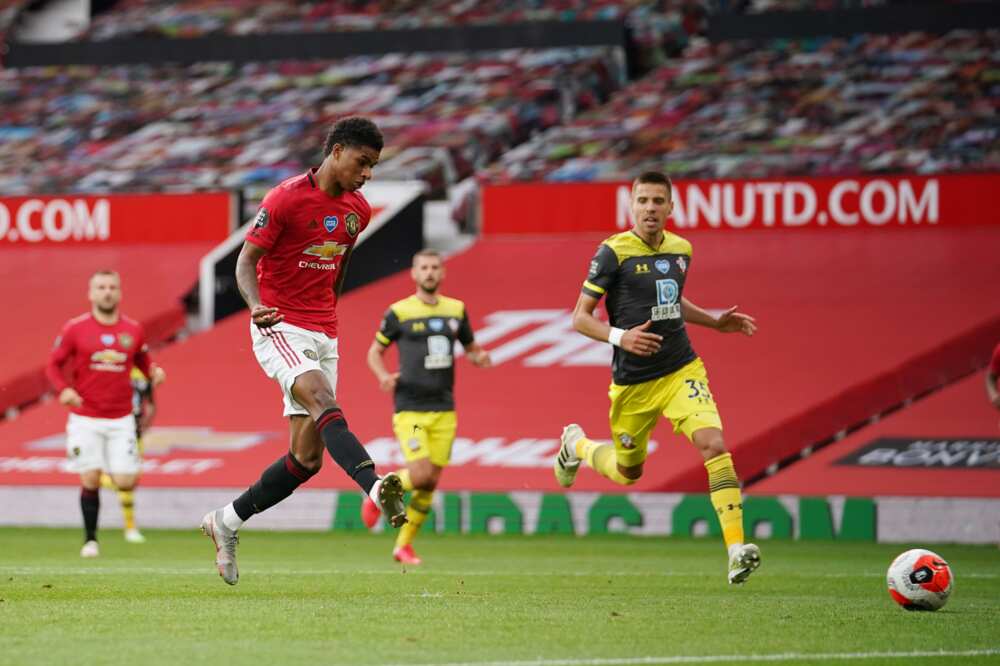 Manchester United were hoping for the win in this tie before Jan Bednarek provided the assist for Michael Obafemi to score the second goal for Southampton at the death as the match ended 2-2.

Earlier, Legit.ng had reported how Manchester United youngster Mason Greenwood received superb words of encouragement from France international Paul Pogba who wants him to do more for the Red Devils.

Paul Pogba who was also on target for the Red Devils praised Mason Greenwood for his brilliant form for Manchester United and enjoined him to work more for the club.

The World Cup winner also promised to help push the Englishman to the top of his game and become a superstar at Old Trafford.