Premier League fans will be allowed into the stadium to watch their teams play at the beginning of next season in September, reports claim.

And it is understood that clubs have already started speaking to supporters group regarding an expected return of fans into venues.

But fans could be forced to wear face masks if they wish to attend following the latest Covid-19 update from the Government.

A couple of matches were slated to be put on trials which would have seen a small number of fans in attendance on the last day of this season but the proposal was not accepted.

But according to the Mail, English topflight clubs and EFL clubs are trying to work out something for the fans when the next campaign commences.

In a leaked memo, Premier League clubs are at an advanced stage with the government regarding fans returning to the venues and an announcement will be made soon. 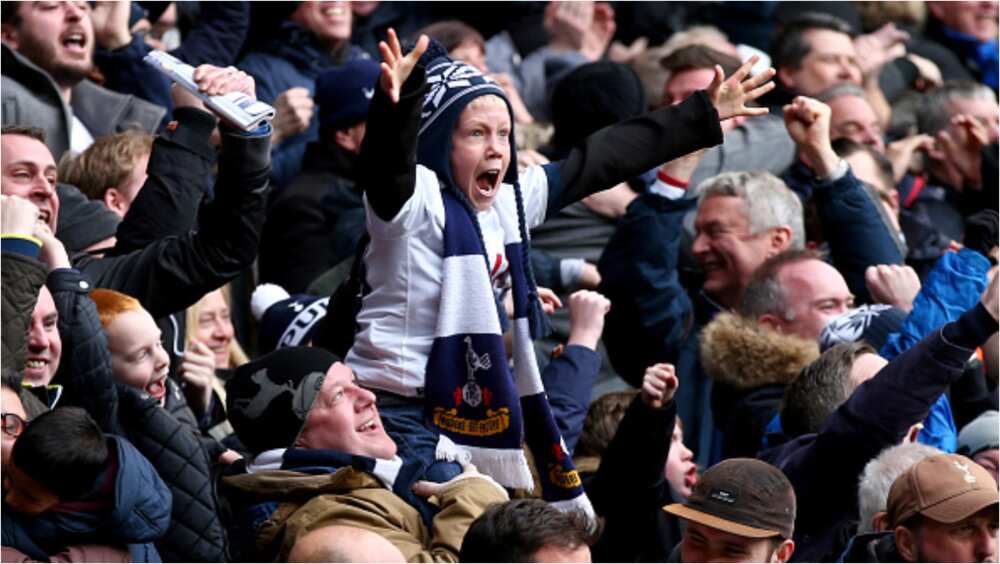 The second week in September is understood to be have been mentioned in the document but clubs will have limited time to implement necessary measures.

Here are the conditions clubs must fulfill if the government give a green light for fans to return to stadia.

- Travel to and from games - including public transport safety

- Whether masks would have to be worn

Clubs are also said to be looking at the option of letting fans' arrival and departure in the stadium in staggered form.

Meanwhile, Legit.ng had earlier reported that Man City's two-year Champions League ban have been overturned and the Citizens are eligible to compete in next season's competition.

Pep Guardiola's side were previously handed a two-season ban to compete in Europe after they were found guilty of transfer irregularities.