- Morris Cerullo was rushed to hospital after contracting pneumonia

The 88-year-old preacher breathed his last on July 10, 2020, shortly after being rushed to a hospital.

Before his sudden demise, the cleric’s family posted a heartwrenching request on Instagram asking his fans and followers to pray for him as he was unwell. 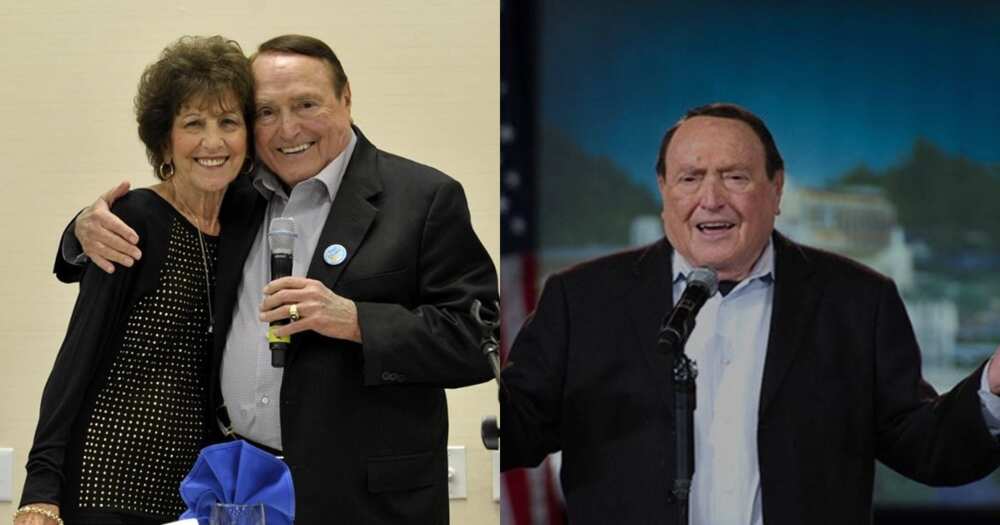 The evangelist contracted pneumonia and was in critical state during his short stay in hospital.

“Dear friends, we would appreciate your immediate prayers for Dr. Cerullo who is being treated for Pneumonia at the hospital. Please also pray for Theresa who has been working around the clock to assist in his care,” the message on his social media page read.

His team also asked for netizens to send their thoughts and prayers for Theresa, his partner who was breaking her back to cater to his needs.

Morris accepted Christ as his Lord and saviour aged 14 and a year after that, he ventured into preaching and spreading the gospel.

In 1961, the pastor came up with his own church dubbed Morris Cerullo World Evangelism where he focused on international missions.

In 2011, the preacher finally went global after coming up with his own television show called Victory Today.

During his years in the ministry, Cerullo authored over 200 books which focused on Christian teachings and values.

He visited Kenya, South Africa, Nigeria, other African countries and many other states across the world.

He has left behind a 68-year-old wife named Theresa, two children, seven grandchildren and nine great-grandchildren.

Only a few months ago, renowned German Pentecostal evangelist, Reinhard Bonnke died at the age of 79.

Principally known for his gospel missions throughout Africa, Bonnke passed away peacefully, surrounded by his family, on Saturday, December 7. The announcement of his demise was published on his Facebook page.

Also, Grant Imahara, host of the popular show MythBusters, has died. The US media celebrity was 49 years old. According to The Hollywood Reporter, Imahara's sudden death was due to a brain aneurysm.

Imhara was a trained electrical engineer and roboticist. He joined Discovery's Mythbusters in its third season. He left the show in 2014. He joined his former co-hosts on a new Netflix project in 2016 called White Rabbit.

In a similar story, Zindziswa 'Zindzi' Mandela, daughter to the former South African president Nelson, has passed away at the age of 59, according to the Nelson Mandela Foundation.

The daughter of struggle veterans, Nelson Mandela and Winnie Madikizela-Mandela, served as a South African ambassador to Denmark.