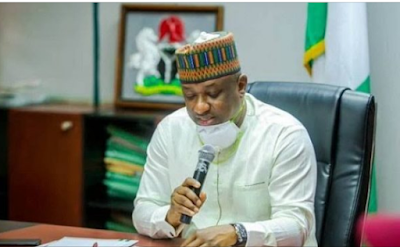 The federal government has kicked off the special public works programme suspended by the national assembly.

The government announced the take-off via its official Twitter handle on Tuesday.

The programme, which is coordinated by the ministry of labour and employment, was approved by President Muhammadu Buhari as a part of the fiscal stimulus measures in response to the COVID-19 pandemic.

A total of 1,000 Nigerians from each of the 774 local government areas will be engaged in the programme coordinated by constituted state committees.

“The State Selection Committees have been inaugurated and have commenced work,” the federal government said via its Twitter handle.

The Special Public Works Programme of the Federal Government has kicked off nationwide. The State Selection Committees have been inaugurated and have commenced work. Find the names and contact details of members of your State’s Committee here: https://t.co/d7YjB49JeE #NigeriaSPW
— Government of Nigeria (@NigeriaGov) July 14, 2020

NigerianEye had reported that Buhari directed Festus Keyamo, minister of state for labour and employment, to commence the programme amid an ongoing misunderstanding with the national assembly.

Keyamo had come in collision with the national assembly over the legislature’s insistence on dictating the process of the programme.

The national assembly suspended the programme in the heat of its face-off with the minister, demanding further explanations.

At a meeting in June, members of the committee were near fisticuffs with the minister who was walked out of the event.

But Keyamo accused the committee of seeking to hijack the programme and to appropriate some job slots to themselves.

He also accused the national assembly committee of challenging the president by its action.