Popular Links: Buhari Football EFCC Boko Haram Trending Nigerian Names Politics
Home | News | General | 2-year-old twins joined at the head finally separated by 30 doctors and nurses in operation that lasted for hours
This first-ever underwater resort room is welcoming travellers to the good life, it can be found in this African country
Mother of young boy who went viral after dancing in the rain finally speaks about son's fame (video)

- In an operation that lasted for 18 hours, conjoined twins have been successfully separated

- The twins, who were joined at the head, were separated in an operation involving 30 doctors and nurses

Conjoined twins identified as Ervina and Prefina have been separated successfully in Vatican City hospital.

Ervina and Prefina were joined at the head, but surgeons were able to separate the two-year-old girls.

Their mum, who is from the Central African Republic, said she wants her daughters to "become doctors to save other children".

After the operation, the twins' mother Ermine said: “Ervina and Prefina were born twice. If we had stayed in Africa I don’t know what fate they would have had."

Ermine, who was thankful to the hospital staff, hopes Pope Francis could baptise her daughters who turned two on June 29. 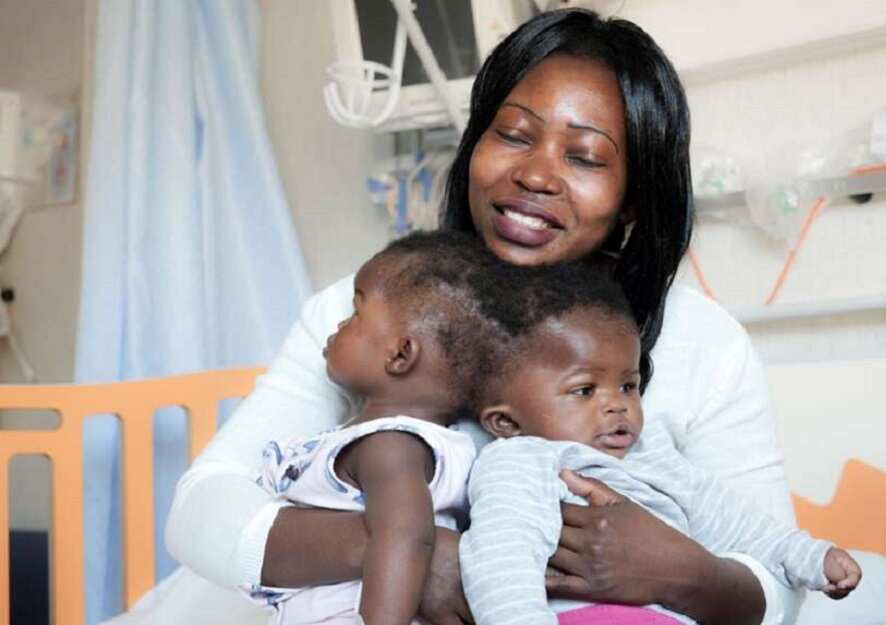 In other news, a baby who is now regarded as some sort of miracle joined the world in a way no one will ever forget.

The Vietnamese child who was born in Hoi Phong International Hospital came out of his mum’s womb holding an IUD device in one hand.

The determined baby who shocked the mum’s obstetrician clung onto the device so tight and looked like he was rendering poetic justice.

His eyes were closed and the IUD was pressed hard onto his face. Such a champion!

The obstetrician who helped the little kid’s mum deliver snapped the photo so the memory could be etched in her mind for the rest of her life.

She was so tickled by the occurrence and found it to be quite bizarre and intriguing at the same time.

Tran Viet Phuong, the doctor, said she was captured by how the baby made his way into the world clutching onto the device meant to prevent it from being born.

Meanwhile, Legit.ng previously reported that a 23-year-old Togolese lady identified as Elizabeth Packal who lives in Oyo was said to have given birth to a baby girl after 10 years of pregnancy.

Legit.ng's regional reporter in Oyo, Imran Khalid, reports that after delivery, Elizabeth said she did not know who impregnated her, owing to the nature of her sickness that kept the pregnancy for 10 years.