Popular Links: Buhari Football EFCC Boko Haram Trending Nigerian Names Politics
Home | News | General | Mother of young boy who went viral after dancing in the rain finally speaks about son's fame (video)
2-year-old twins joined at the head finally separated by 30 doctors and nurses in operation that lasted for hours
Despite her man being crippled in accident 3 days before their wedding, lady marries fiance in the hospital (photos)

A young ballet dancer who went viral after dancing in the rain, Anthony Mmesoma Madu, has spoken following a video that gave him fame online.

The 11-year-old dancer said that many people believe that ballet is only for females, adding that when dancing, he wants people to see that a boy could also do the same thing, BBC reports.

Dancing gives me a great feeling

He said that he loves dancing because he gets a special feeling of being in a dream when he is practising ballet.

He added that he was very happy when his teacher informed him that he had gone viral online.

When speaking with BBC in an interview, Anthony's teacher, Daniel Ajala, the founder of Leap of Dance Academy, spoke about his young student.

Daniel said that the young boy takes dance seriously as he is always conscious of time and very committed. 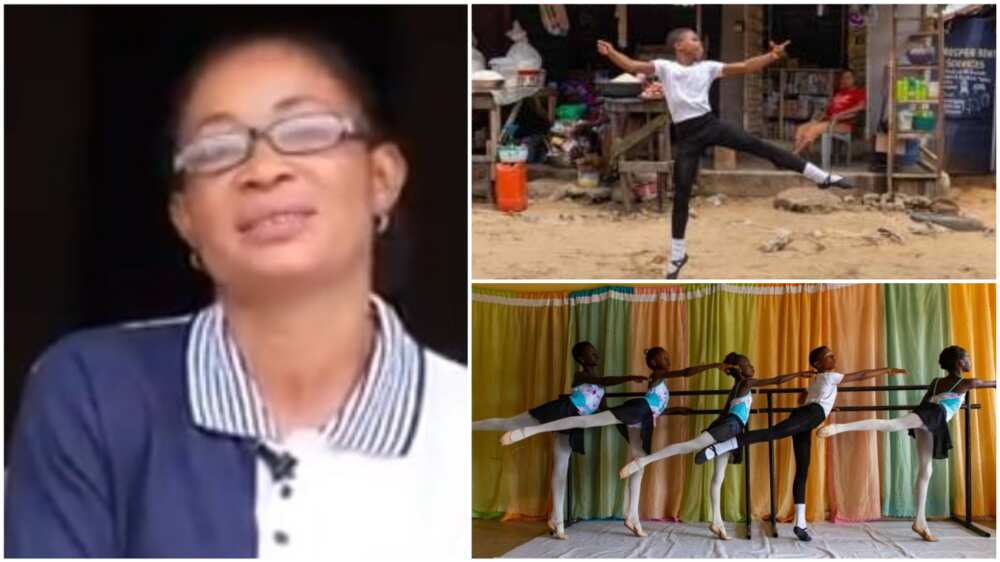 A collage showing Anthony's mother and the son in the act of ballet. Photo sources: BBC/LastParagon
Source: UGC

He added that he is using the academy to deconstruct the stereotype about male dancers, saying that “boys can actually do ballet”.

When he started, I asked what nonsense is this?

Anthony's mother said the boy never told her he was into ballet, that she noticed it herself with the way he stretches his body parts like legs.

“He never told me but I noticed it in him when he will be stretching his legs, his hands. I said ‘what of nonsense is this’? Whenever he is dancing, I feel happy, I have joy watching him dancing," his mom said.

The mother also said that she cannot believe this is actually her son, referring to the new fame he is in. The woman advised parents of the need to discover their children’s talents and give them the necessary support.

Watch the interview below:

Meanwhile, Legit.ng earlier reported that Africa is filled with many geniuses in different walks of life. One of those kids is Lwandle, a 12-year-old ballet dancer from Eswantini (also known as Swaziland), who started out when she was nine.

In an interview with the media on World Ballet Day, the kid dancer said she likes ballet because it instills a sense of discipline and gives her confidence.

She said what motivated her to keep practising ballet is because her teacher, Velile, is always posting her sessions on social media where she sees how she exudes her skills.