Frank Lampard has called on his Chelsea players to show character in their push for a Champions League qualification.

The Blues currently sit third on the standings with 60 points, a point more than fifth-placed Manchester United who were held to a 2-2 draw against Southampton.

With the top four race heating up, Lampard wants his wards to "stand up" and "show character" as they cannot afford further slip ups especially after Man City's two-year ban was recently lifted by the CAS.

“The important thing now is how we react and I expect that from the players. I’ve got big personalities and there will be big personalities in the team. They need to stand up," Mirror UK quoted Lampard saying. 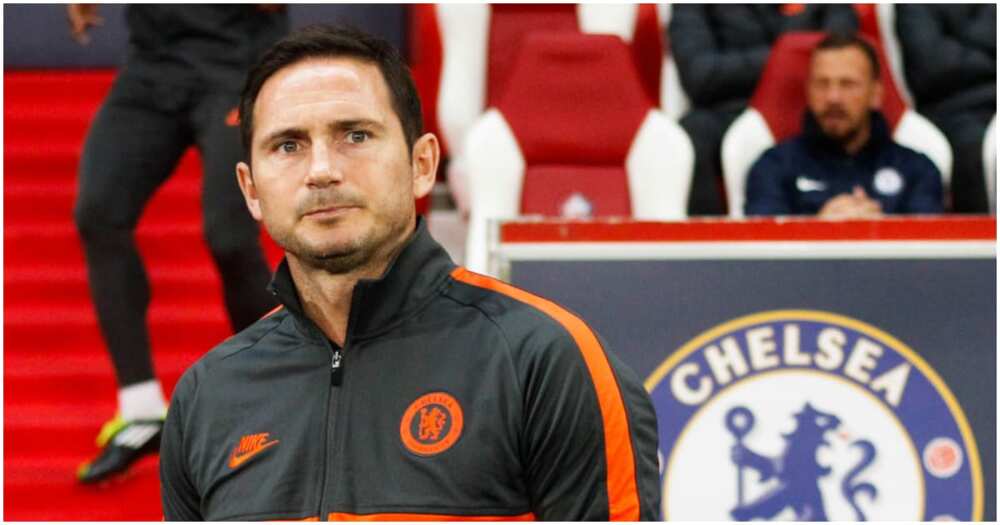 Frank Lampard now wants senior players in his team to stand up ahead of run-in of fixtures. Photo: Getty Images.
Source: Getty Images

“They need to show the quality they’ve shown for big parts of the season. I trust they will do and because we’re at the business end it’s very important that they do. I think mentality is huge," he continued.

Chelsea are due to take on already relegated Norwich City on Tuesday night, July 14.

Victory at Stamford Bridge will see the west London side cement their place in third as the season enters its homestretch.

The Citizens’ two-year Champions League ban was overturned on Monday July 13 and the Premier League club are now eligible to compete in next season's competition.

Pep Guardiola's side were previously handed a two-season ban from competing in Europe after they were found guilty of transfer irregularities.

Mourinho was perplexed with why City were fined £9m if they were 'not guilty' before suggesting that if they were guilty, then their ban from UEFA's European competitions should be upheld.

“In any case it's a disgraceful decision,” Mourinho said in his Tuesday press conference when asked about CAS's verdict.