EXPOSED: Why Tinubu’s loyalist was disqualified from Ondo APC primary

Segun Abraham, a political associate of the national leader of the All Progressives Congress (APC), Asiwaju Bola Ahmed Tinubu, was recently disqualified from the Ondo state APC governorship primary.

A report by Daily Trust indicates that Abraham was disqualified over issues with his university certificate.

The disqualification was announced by the Tijani Tumsa–led screening committee of the APC last weekend. 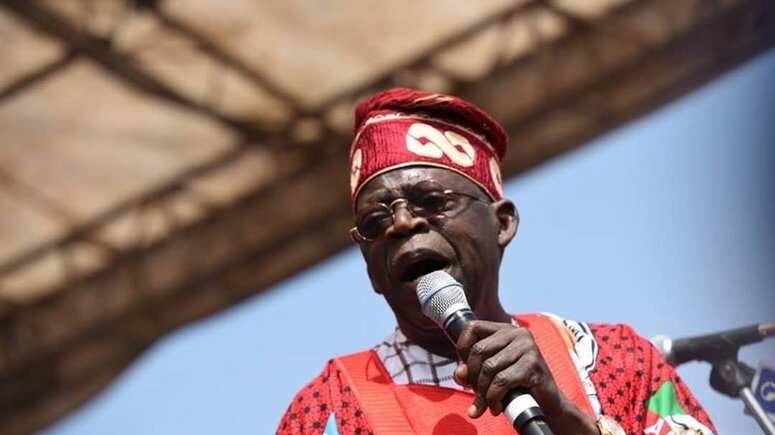 Abraham was the only aspirant disqualified out of the 12 party chieftains who signified interest to run for the primary election.

A source on the panel quoted in the report said that Abraham was the aspirant disqualified over his failure to present his university certificate.

The source said: “He presented his secondary school certificate but he told us that his university certificate was abroad and it was on that ground that he was disqualified.”

Reacting, Abraham said: “It is still a rumour. It is not clear yet. We’ll find out the situation soon.”

Many Nigerians have been reacting to disqualification of Abraham in the Ondo APC primary, especially as it relates to Tinubu.

Von Bismack wrote on Twitter: Na small small, the little masquerade that thinks itself a god will be demystified. Before 2023, Tinubu will be a nonentity.

Olanusi Yahaya wrote: We will continue to reject Tinubu's governorship candidates in Ondo state. We are not like other southwestern states. You have never had your way in Ondo state and you never will. Ondo is not Lagos.

O. A. Fajulugbe wrote: Tinubu or No Tinubu is even out of it. Ondo state politics have always been filled with surprises even up till the last minute. And for the records again, Akeredolu has lost touch with Ondo state people.

Terese Ninga wrote: Tinubu isn't interested in Abraham's ambition anymore. He is leaning towards Oke and the present governor, Akeredolu.

Meanwhile, some chieftains of the APC have ignored President Muhammadu Buhari’s directive on the party's crisis and have instituted court cases against the ruling party.

President Buhari had warned that no court case should be instituted and those already in court should be withdrawn.

Before Agu’s legal action, another APC chieftain in Lagos state, Chief Lateef Arigbaruwo, had also filed a suit against the party at the Federal High Court in Lagos.

Why I stood against confirmation of Buhari’s nominees - Shehu Sani