- The initiative will be able to help 948 kids learn from home, an idea that will go a long in helping them access education

- Otto said that his organisation, Slum2School, will not be resting on its oars as they plan to build capacity for 10,000 kids

The founder of Slum2School, Otto Orondaam, has proffered a very big solution to the problem of learning in this period when children are forced out of school by the coronavirus.

He announced his organisation has made it possible for 948 kids to learn remotely with their first Virtual Learning Classroom in Africa.

Otto said his aim is to reach 10,000 kids during this season. Impossible is really nothing.

Below are the photos of the setup: 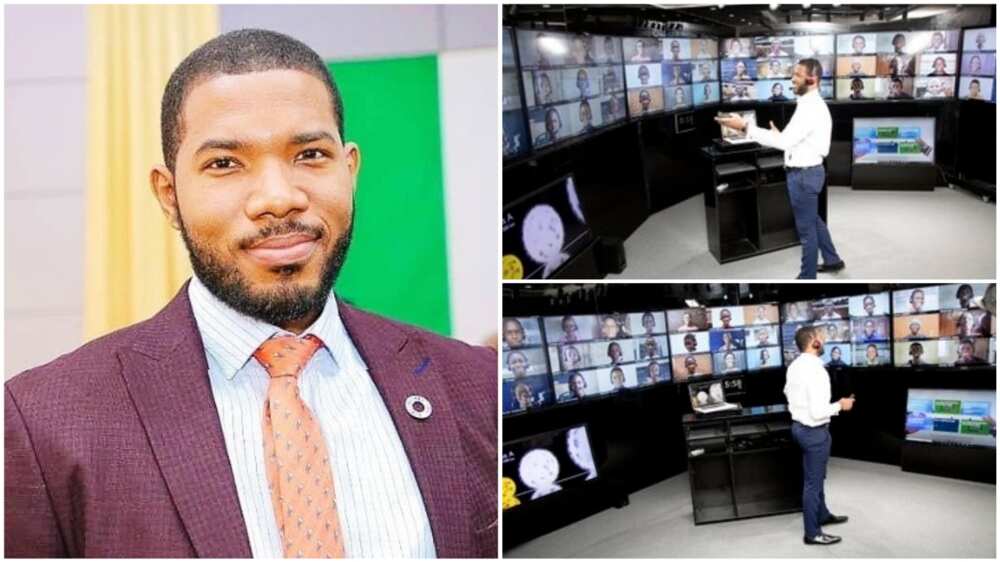 Meanwhile, Legit.ng earlier reported that secondary schools under the control of the federal government will not be reopening for the forthcoming WAEC examinations, the minister of education, Adamu Adamu, announced.

Top presidential aide Tolu Ogunlesi made this known via a thread of tweets on his Twitter account on Wednesday evening, July 8.

The minister also called on the management of WAEC to suspend the exams just as he urged state governments to toe the federal government's line.

The tweets partly read: "There’s an EDUCATION UPDATE: Minister of Education has just announced that schools under control of the Federal Govt will NOT be reopening for the forthcoming WAEC Exams. Says WAEC should suspend exams, and urges State Govts to toe the FG line."

In other news, Evangelist Adekunbi Akin-Taylor, the owner of Charlie Marie Group of Schools, Likosi in Sagamu, Ogun state, has lightened the burden of many parents.

The proprietor gave out palliatives to 27 of her workers and 100 parents whose children are her students, she told the media.

She said that some of her students come to school really hungry and giving out the relief materials was her own way of contributing to their parents' welfare in this trying time.

It should be noted that each package contained rice, beans, indomie, oil, salt, biscuit, sweet, and garri. She said she paid her workers full salary in March and 60% and 70% in April and May respectively.

Olajumoke Amos, a parent, thanked the proprietor for taking care of their needs, saying that despite the fact the woman is not in the country, she still extended her love to them.

Akin-Taylor has not been able to take her school’s learning online because she said parents cannot afford it.