- The Tottenham captain has been enjoying life under new manager Mourinho

Harry Kane has admitted that he is enjoying life at Tottenham under new manager Jose Mourinho.

And the England international has opened up on the difference between departed manager Mauricio Pochettino and the Portuguese boss.

The 26-year-old claims their playing styles are different from each other but has believed both men are great managers. 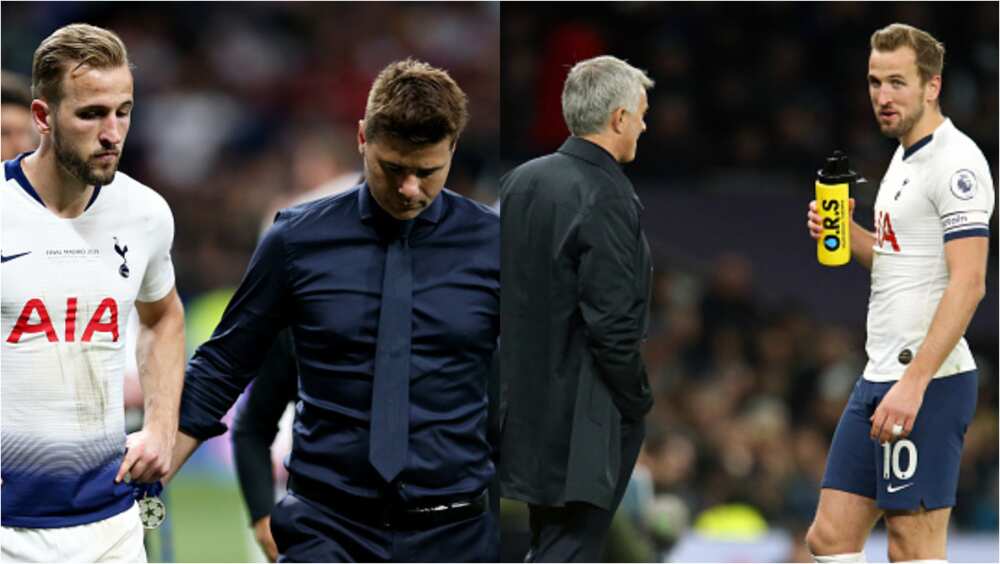 However, Mourinho has not done enough to qualify Tottenham into next season's Champions League tournament but after the win over Arsenal, Spurs can still play in the Europa League.

“Yeah, they're definitely two different styles of manager, but it's been great,” Kane told BT Sport.

“We've built up a good relationship and we talk very often. He wants to win, he's here to win.

“Obviously there are no trophies to play for this season but next season that's his aim.”

The Spurs captain also admitted that he is happy to grind out victories even when the team does not perform at their best.

“He's great to work under and it's another opportunity for me to learn off one of the best managers in the world so I'm taking it all in and learning as fast as I can.

“Everything is about winning and he's made that clear. There have been times where we haven't played well but we've won the game and at the end of the day three points is the most important thing.

“I think he's looking forward, going into next season, having a bit more time to work with the boys in pre-season and getting to know them more.”

Meanwhile, Legit.ng had earlier reported that Harry Kane's luxurious £17million mansion has a complete indoor gym and even an epic man-cave.

The couple moved into their London based home in September 2018 with daughters Ivy and Vivienne Jane as well as their two dogs.