Manchester City saw their 2-year-ban from European competition lifted on Monday, July 13, but eight Premier League clubs have now stepped-up their fight against the Citizens.

Pep Guardiola's side were previously handed a two-season ban from competing in Europe after they were found guilty of transfer irregularities.

City were also slammed with a staggering €30million fine after they were initially found guilty of breaking financial fair play rules.

The Citizens got into the hook of Club Financial Control Body (CFCB) following a discovery that it misled UEFA by increasing its sponsorship revenues when submitting accounts as part of the FFP compliance process.

And in March, Manchester City accused Arsenal and eight other clubs of plotting to ensure their plea to overturn their Champions League ban does not work.

Premier League's top ten, including champions Liverpool, Manchester United, Tottenham and Arsenal, lodged an application to prevent City putting off the ban while their appeal is unanswered. 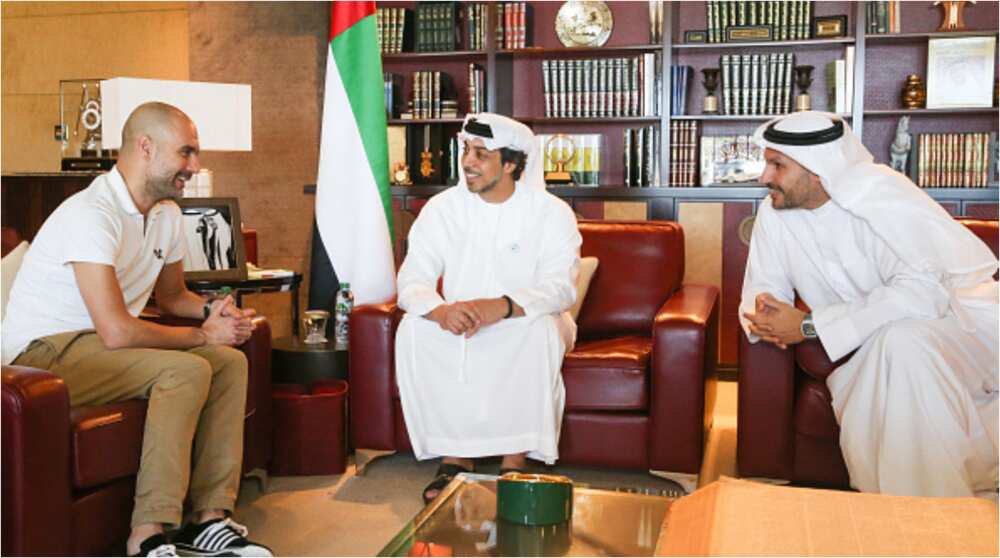 The other two clubs that did not join in are Sheffield United and Manchester City themselves.

This might be not be unconnected to the faceoff between the two clubs since Arsene Wenger tackled Sheikh Mansour's investment into the Citizens in 2008.

The Etihad outfit appealed the ban and it has now been lifted and they will compete in next season's competition but they were handed a fine of £9million for failing to cooperate.

“In any case it's a disgraceful decision,” Tottenham manager Jose Mourinho said in his Tuesday press conference when asked about CAS's verdict.

UK outlet Dailymail are reporting that within hours of the verdict, ‘Hateful Eight' entered into discussion about the next plan of action.

UEFA are reluctant to appeal against CAS's verdict in the Swiss courts, where they have a dismal record but the Hateful Eight — as they are now known within the walls of the Etihad, because Wolves are believed to have pulled out — may join forces with the elites of Europe in an attempt to persuade them otherwise.

There was certainly talk of taking further legal advice, of poring over the longer CAS explanation of the verdict when it is published this week, seeking flaws that could be challenged or exploited.

Perhaps they will engage the same law company who wrote the legal letter to CAS the last time, Russells.

Meanwhile, Legit.ng earlier reported that Manchester City boss Pep Guardiola took a selfie as he and his backroom staff celebrated the victory as the Citizens are now eligible to participate in next seasons' UEFA Champions League.

Manchester City's two-year Champions League ban has been overturned and the Citizens are eligible to compete in next season's competition.