- The clerk of the National Assembly, Alhaji Mohammed Sani-Omolori has been sacked

- According to a letter from the commission, this directive affects any staff who has spent 35 years in service or is 60 years of age

This was disclosed in a letter by the commission on Wednesday, July 15, The Nation reports.

According to the commission, any staff of NASC that has already spent up to 35 years in service or attained the age of 60 years will be receiving a letter of retirement soon.

The development finally resolves the tenure elongation agitation for the CNA and the affected staff.

In another report by Premium Times, Sani-Omolori's continued tenure as the National Assembly's clerk became a matter of controversy following the implementation of a revised condition of service that took effect back in 2019. 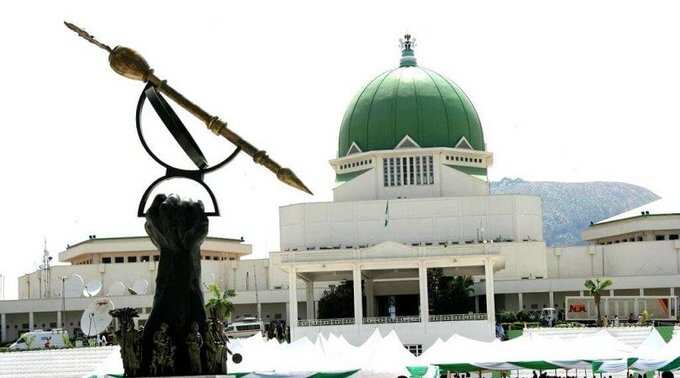 National Assembly Service Commission has sacked the clerk and 149 others
Source: Twitter

From the conditions, not less than 160 staff and the clerk should have retired from while the rest remain in office for a few more years after moving the retirement age to 65 and years of service to 40 from 35.