Popular Links: Buhari Football EFCC Boko Haram Trending Nigerian Names Politics
Home | News | General | Funny video of little boy telling his mummy to calm down as she scolds him
Don’t focus on things I said in the past – Oshiomhole to PDP
Chris Brown reacts as fans request song battle between him and Usher

- In the video, a mother was seen trying to scold her son because he had done something bad

Social media is quite an interesting platform to be on seeing as many things are shared that can lift people’s spirits.

A funny video recently made the rounds on social media that has left a number of Nigerians in stitches.

Discipline is a normal thing in many African homes but it appears that new generation kids have ways to appeal to their parents in order to avoid getting punished.

A mother recently shared a video of her son’s funny reaction after he pleaded in the most unique way when she tried to flog him. 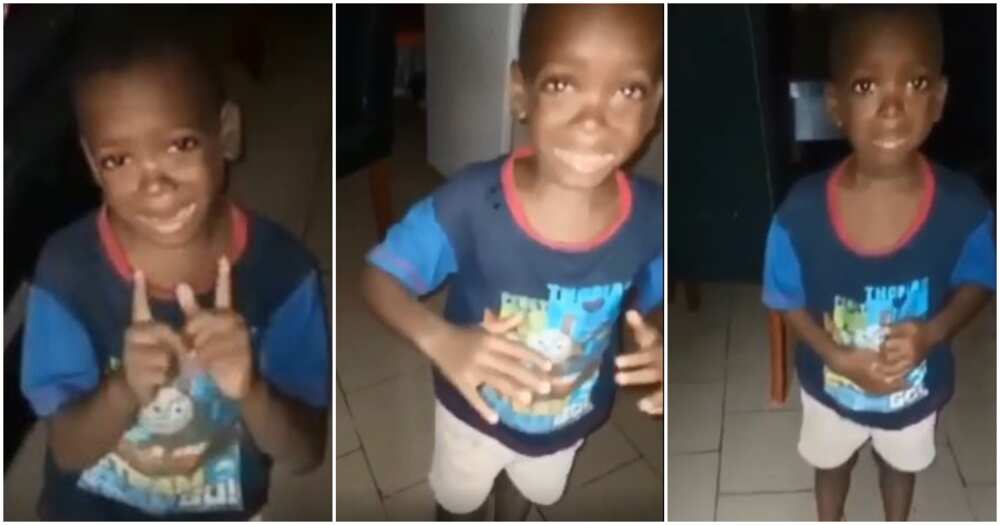 Little boy tells his mother to calm down as she scolds him. Screenshots from @mediagist / IG.
Source: Instagram

In the video, the mother could be heard scolding the little boy for a naughty thing that he had done. Apparently, the boy had taken something he was not meant to touch and without permission.

As the woman scolded her son, the little boy told her to calm down. He said she should be calming down and that she needs to rest. He even took things further by sitting down on the arm of a sofa and demonstrating how he wanted her to relax.

When the mother insisted that she was going to beat him because he was fond of touching things he was not meant to, the little boy resorted to begging his mother if he could ask her a simple question.

The video has now gone viral on social media with people reacting to it. Read some comments below:

Kevin O'Leary was involved in a boat accident earlier this week

luclazarus: "He knows what he's in for so mummy needs to calm down oooo #socute."

In other news, Legit.ng reported that Nollywood actress, Mercy Johnson, took to social media to show off two of her brave kids.

In the video, the actress’ eldest children, Purity and Henry, were in their swimming trunks and a floater as they bravely swam towards a small wave at the beach.