- Jaden Smith said as an artiste with different talents, he tries to create various characters for himself

- As a musician, the celebrity wanted to be referred to as only Jaden but as an actor, he wanted his last name to be recognised

- Will Smith's son said he looked back at how his sister Willow successfully flew high with only one name and thought it was bold, cool and strong

Highly-paid Hollywood actor Will Smith’s family is on the headlines again.

The thespian’s second son Jaden Smith disclosed he decided to drop his family name and ride with his first name alone. 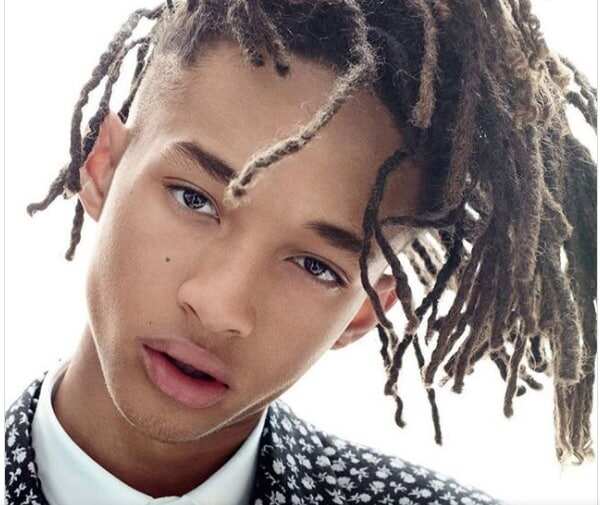 Jaden Smith is both an actor and singer. Photo: Jaden Smith
Source: Instagram

During an interview with Apple Music, the musician said his actions were informed by his need to progress his musical career.

The youngster said he realised back when his sister Willow Smith plunged herself into the world of music, she got rid of her father’s name and decided to go with her first name only.

Jaden said it took him a while to finally gather the courage to make the change but it was a long time overdue.

“It hit me that my sister Willow changed her name to Willow at some point in time. And that she no longer went by our last name Smith. Yeah, it took me a while. It took me a while,” the artiste said.

To the unconventional celebrity, he felt it was strong and badass to go solo and forge a path for himself without relying on his father’s powerful name.

The musician who doubles up as an actor said Jaden would be his musical persona and Jaden Smith would be his acting identity.

“I create different characters for myself and that is also one of the reasons I love Bowie so much,” he added.

Jaden once publicly hinted he was into men and claimed he and US rapper Tyler the Creator were an item.

It was during a concert and a bold Jaden took the mic, went on stage and said the two had a thing.

People immediately assumed it was none other than the rapper.

Nigerian-American singer and actor, Rotimi, delivers official music video to his rave single ‘In My Bed’ featuring American rapper Wale. The song was included in his “The