- Aubameyang has been linked with many clubs in Europe this summer

Mikel Arteta who is the manager of Premier League side Arsenal has confirmed that the FA Cup final clash against Chelsea won't be Aubameyang's last game for the Gunners.

There have been serious talks concerning the future of the Gabonese footballer who joined the Gunners from Borussia Dortmund.

Arsenal at the just concluded Premier League season failed to qualify for the Champions League and many are of the thoughts that Aubameyang may leave after the FA Cup final against the Blues.

When asked whether he felt it could be Aubameyang’s last game in a Gunners shirt, Arteta said: "No, I don’t have that feeling.

"It’s a package at the end, you need to have a lot of ingredients on the table to persuade a player of his level to be at this football club,'' Arteta explained according to UK Sun.

The FA Cup final between Arsenal and Chelsea will be a tough one considering the fact that the two teams will want to win a title this term.

Last season, Chelsea beat Arsenal in the Europa League final, and the Gunners might be going for a revenge in what will be an epic tough game. 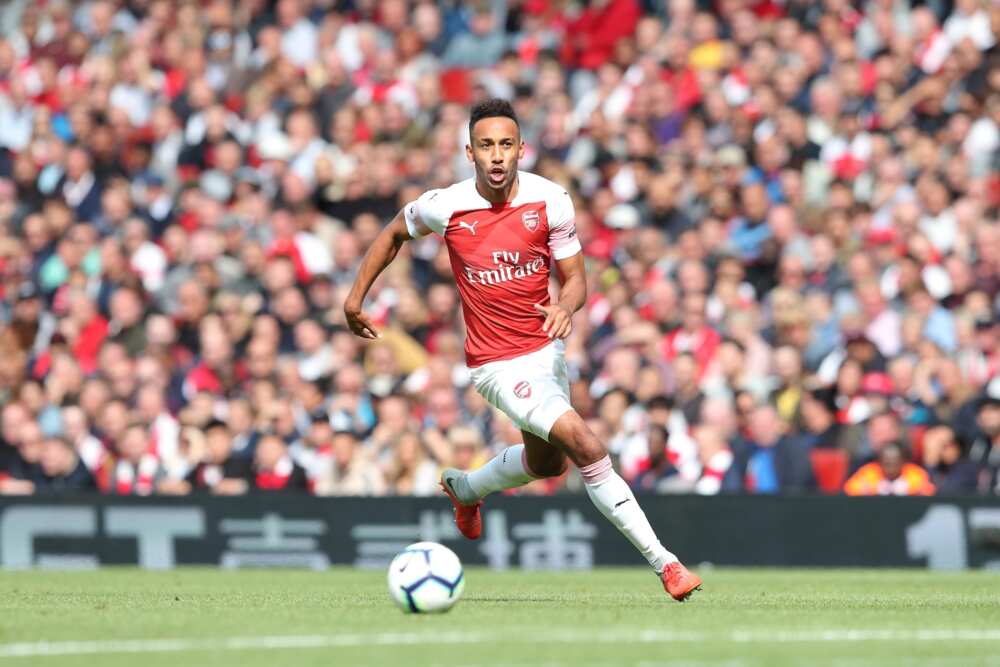 Earlier, Legit.ng had reported how Mikel Arteta suggested that Arsenal starlet Bukayo Saka is good enough to play for England amid interests by officials of the Nigeria Football Federation.

Saka earlier featured for England youth teams up to the under-19 level, but Nigeria is doing everything to snap of the player because his parents are from the West African nation.

The teenager has recently admitted that it has been a tough call for him to choose between Nigeria and England.

However in the opinion of Arsenal manager Arteta, Saka will be very good for England and he will offer his own advice if the player consults him.

Bukayo Saka has been impressive for Arsenal this season in all competitions and recently signed a new deal with the North London side.