Italy international Ciro Immobile has defeated the likes of Cristiano Ronaldo and Robert Lewandowski to win the European golden boot award for the 2019/20 League season.

This is an incredible achievement for the 30-year-old striker who has been impressive this season for Lazio who are sure of playing Champions League football next season.

Ciro Immobile has so far scored 35 goals this season for Lazio in the Italian Serie A with Cristiano Ronaldo having 31 goals and won't be playing last game of the season.

Juventus coach Sarri is resting the Portugal international so as for him to have much energy for their coming Champions League encounter.

As it is now, Ciro Immobile is already the winner of the Italian Serie A golden boot considering the fact that Cristiano Ronaldo will not be playing the last game for Juventus.

And the likes of Lionel Messi, Jamie Vardy, Aubameyang failed to even score 30 goals not to talk of challenging Ciro Immobile for the golden shoe.

Romelu Lukaku is the only striker who has the chance to play one more game this season, but the former Manchester United would have to score 13 goals in a match for him to beat Immobile. 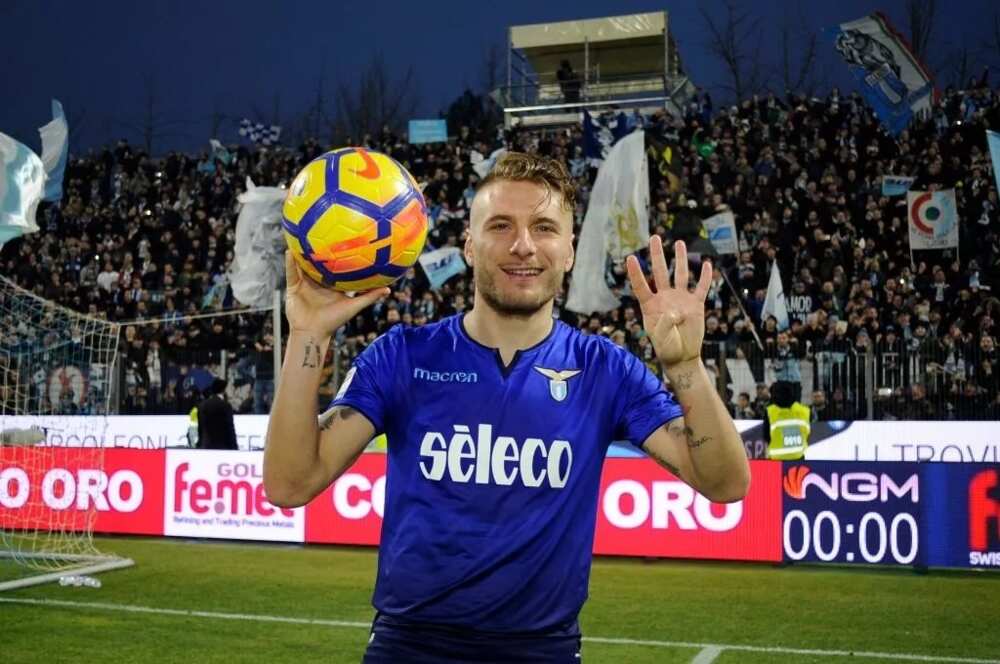 Earlier, Legit.ng had reported how Spanish model Georgina Rodriguez got awesome appreciation she will be proud of when her man Cristiano Ronaldo called her the most beautiful woman in the world.

Cristiano Ronaldo according to the report on UK Sun made this comment after seeing the photo his sweetheart posted while relaxing on their super yacht.

These two lovers enjoyed their romantic moment on the yacht where they are reported to have spent one week before they left for their big mansion in Italy.

Ronaldo and Georgina have been dating since the football superstar was at Real Madrid where they were even spotted in public having romantic moment.

And today, Georgina Rodriguez is the proud mother of Cristiano Ronaldo's younger child even as she is the one taking care of the three other children.

See How A Nigerian Fraudster Pulled Off $1M Internet Scam From A Maximum Security Prison! 0