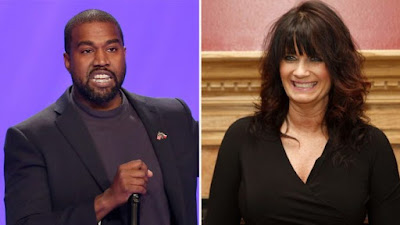 American rapper Kanye West has officially filed Michelle Tidball, a life coach based in Wyoming, as his vice president on Arkansas’ presidential ballot.

A spokesperson for the Arkansas Secretary of State told TMZ that Kanye’s campaign turned in the needed 1,000 signatures to qualify for the November election ballot.

The forms were reportedly turned in just 15 minutes before the Arkansas’ noon deadline.

It comes after canvassers and volunteers this weekend tried to rack up petition signatures for the presidential ballot in Ohio – a key swing state that could decide who sits in the Oval Office after November.

It also follows a tumultuous month that included a bizarre first campaign rally in South Carolina, a series of tweets that touched on everything from abortion to cheating allegations lodged at his wife Kim Kardashian and concerns over the rapper’s mental health.

However, Kanye, 43, first named Tidball as his potential Vice President on the Fourth of July when he publicly announced he was running for office on Twitter.

He listed her as his Vice President once before on his submission to Missouri.

Tidball, 57, described herself as a ‘biblical life coach’ and has previously mentioned on one of her teleconferences that she does not ‘watch news.’

She hails from Cody, Wyoming – the same town where Kanye owns a $14 million ranch.

TMZ confirmed she received a Bachelor’s degree in Psychology from the University of Wyoming in 2003, but her additional academic credentials are unclear.

It’s unclear how the potential running mates met, but Tidball told DailyMail.com that the rapper was doing ‘just fine’ after he shared a series of shocking tweets two weeks ago.