Barcelona superstar Lionel Messi has defeated arch rival Cristiano Ronaldo in the battle of who is the best footballer in the last ten years according to the latest statistics.

Lionel Messi and Cristiano Ronaldo have been involved in serious rivalries for more than ten years in which these two players have won 11 Ballon d'Or awards.

However, the discussions and debates on who is the best footballer between these two world stars have been on ground for years and there is no definite date that it will end.

Fans of Cristiano Ronaldo always claim that the Portugal international is the best with many facts backing their assertions, while Messi's faithfuls have also been naming him the best.

According to the report on UK Sun, WhoScored have used over 20 sets of data to rate the pair's performances over the last decade.

Lionel Messi has dominated Spain's top-flight with an average match rating of 8.6/10 over the last ten years.

Ronaldo has managed an average rating of 8.3/10 during his time with Real Madrid and now Juventus.

Only in the 2013/13 season that Cristiano Ronaldo and Lionel Messi were both rated with the same percentage of 8.3

Meanwhile, Cristiano Ronaldo and Lionel Messi are still in the Champions League for this season and they may meet if their club should qualify for next round. 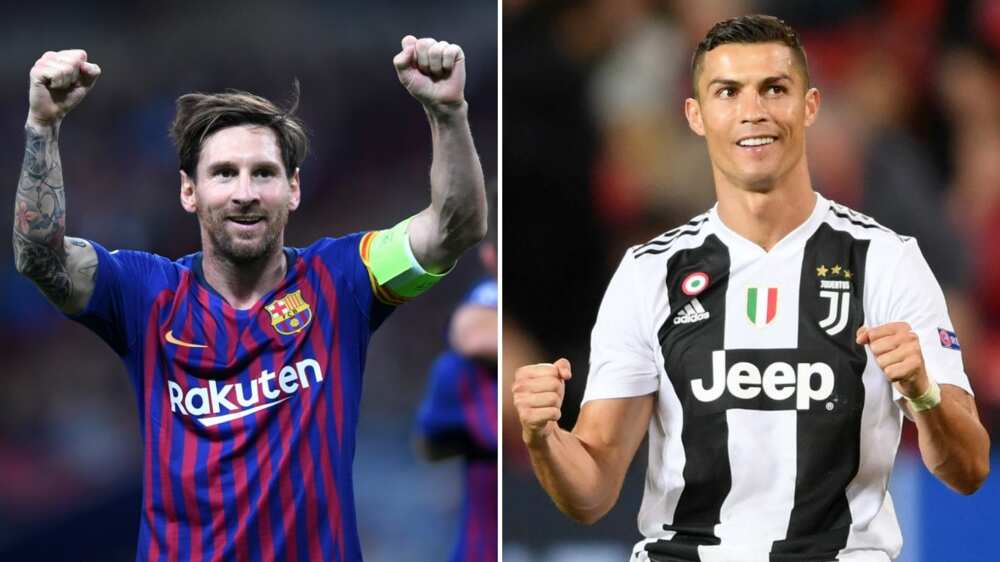 Earlier, Legit.ng had reported how Gennaro Gattuso stated emphatically that marking Lionel Messi in the Champions League second leg duel will be difficult for his wards.

Gattuso and his players ended the recently concluded Serie A season as 7th best in which they failed to qualify for the Champions League.

The club are now preparing for their Champions League second leg game against Barcelona in which they were forced to a 1-1 draw in the first tie.

According to the report on Goal, Gattuso made it clear he can only mark Lionel Messi in his dream which shows how superb the Argentine is.