The protesters who were in their hundreds, gathered (without weapons) at the Under Bridge area of Ikeja, and started sensitizing passers by on the need to join the protest, to press for changes in the way things are done in the country.

They also carried placards with inscriptions that passed their messages to the government, demanding good governance and an end to the incessant killings across the country.

Among their demands also, was the rejuvenation of the education sector and every failing sector of the country, for which citizens have been suffering over the years.

But their protest was met with a stiff resistance by Police Officers who insisted that they remained on a spot initially. 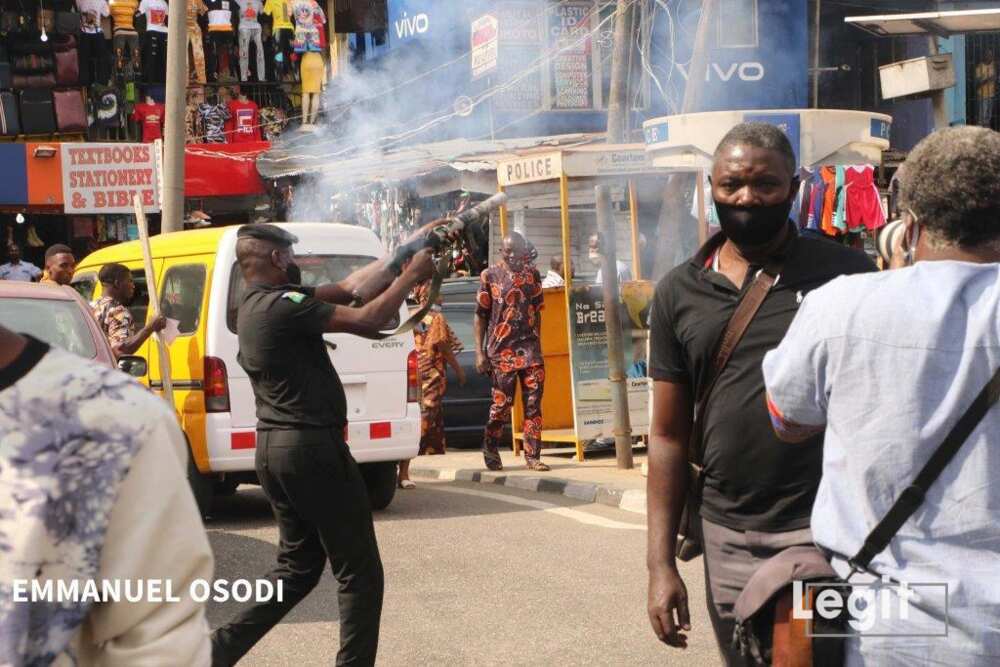 Unbothered by the gun wielding officers, the group made up mainly of young Nigerians, began their match round the roundabout, and kept chanting songs like "Solidarity forever, we shall always fight for our rights", "The people, united, can never be defeated", among others.

After moving round the bridge a second time, the protesters restrategized, in a bid to avoid confrontation by the Police, and took their protest to Ikeja Along axis of the area, at which point, the officers started shooting teargas.

This disrupted the protest for a few minutes as the protesters went different ways, most of them seeking refuge inside the Computer Village, as the policemen kept pursuing them from the streets.

But they regrouped, this time, with a lot of resistance, and a loud chant of "the people, united, can never be defeated" to which some of the traders at the Computer Village joined, and ensured that the policemen went out with their trucks and guns.

Dissatisfied with the chants and the momentum, the policemen resorted to handpicking of the protesters, a move which would effectively ensure the protesters went different ways to evade arrests and brutality.

Legit.ng's Emmanuel Osodi captured the moments, and they are presented below: 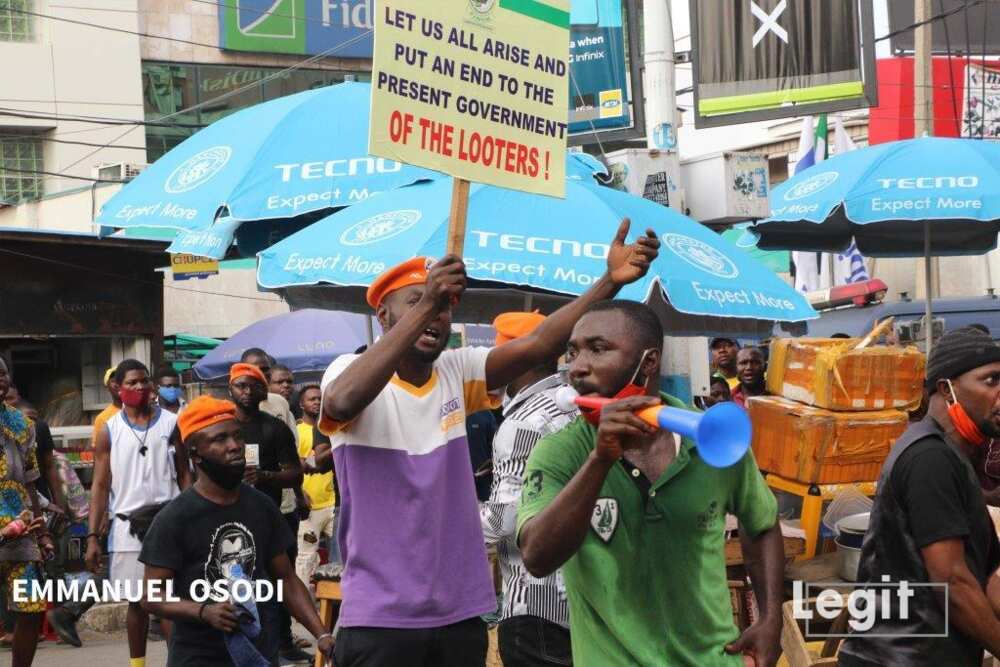 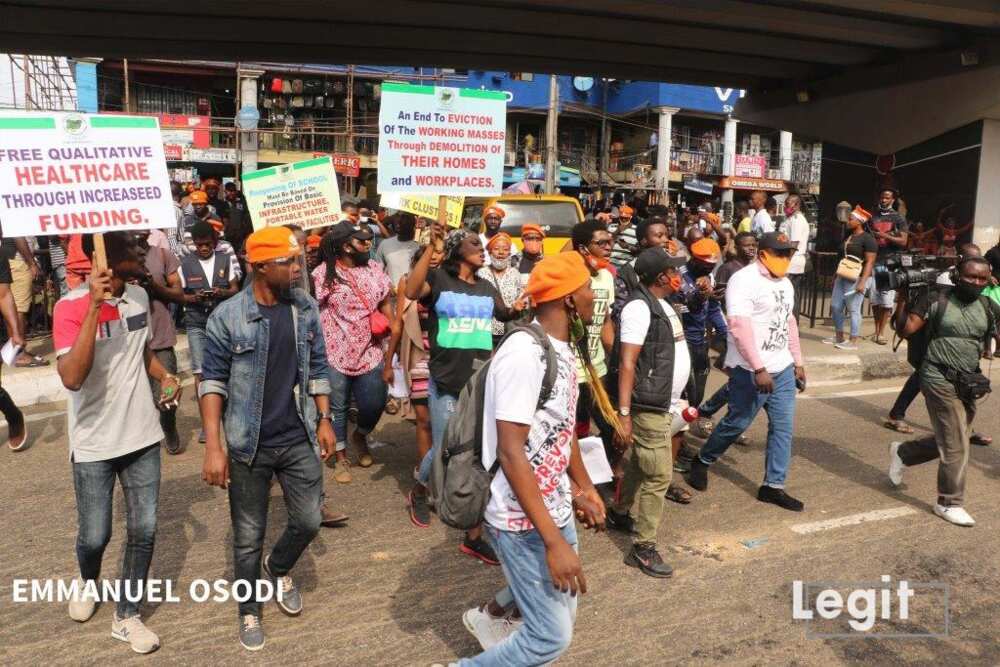 They marched without fear to ask the government of the day for good governance at the Ikeja Under Bridge area of the Lagos state capital. Photo credit: Emmanuel Osodi.
Source: Original 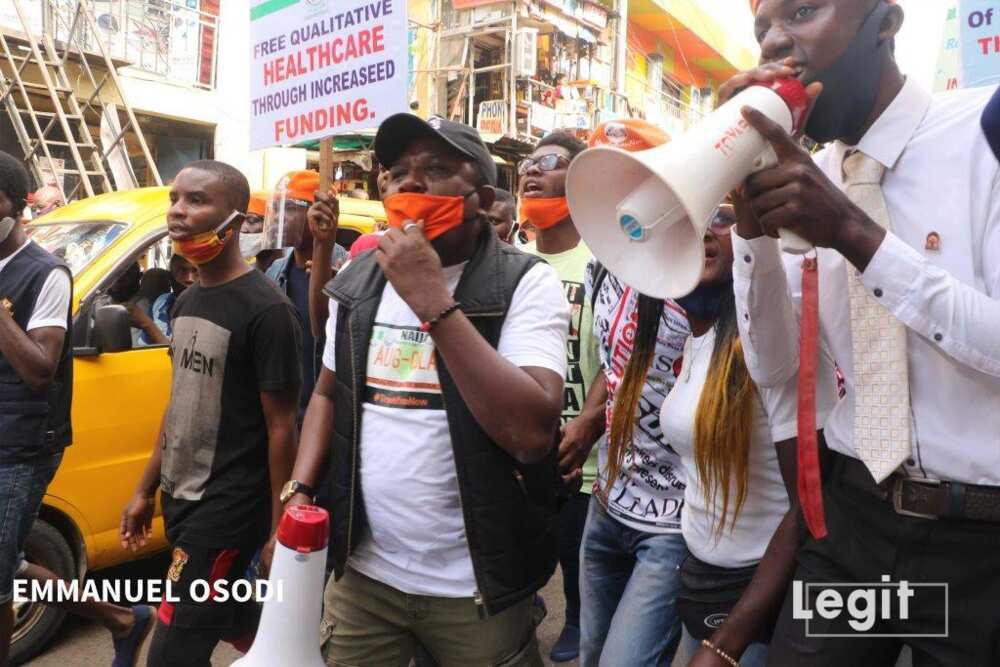 The policemen would have none of the protests, and decided to shoot teargas to disperse the crowd. Photo credit: Emmanuel Osodi.
Source: Original Dissatisfied with how well the crowd had been dispersed, the police officers went after the protesters. Photo credit: Emmanuel Osodi.
Source: Original 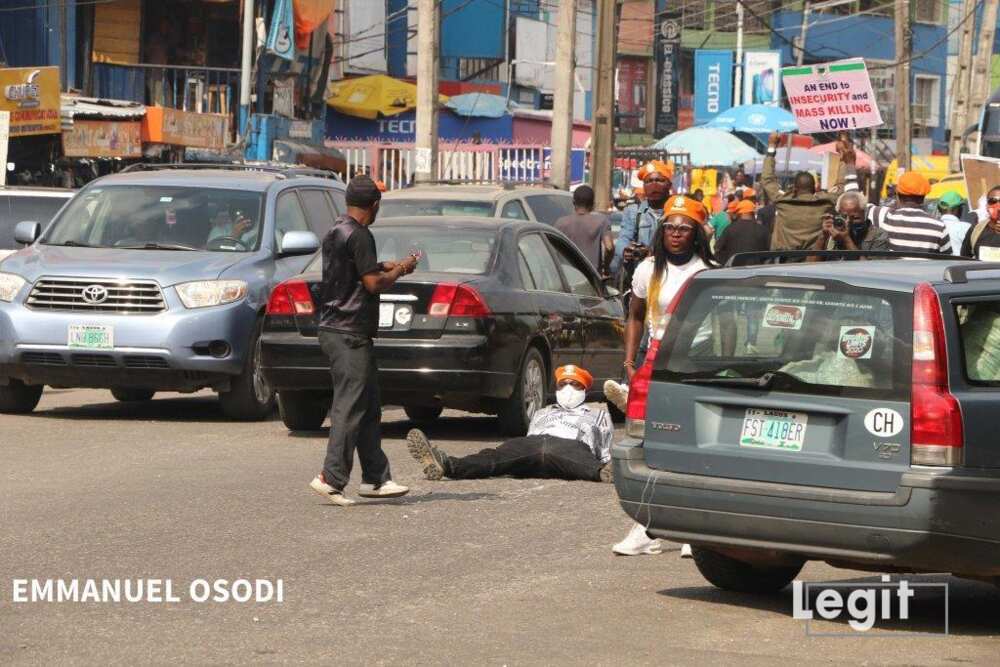 This young man fell during the attack by the police officers and had to quickly pick himself up. Photo credit: Emmanuel Osodi.
Source: Original 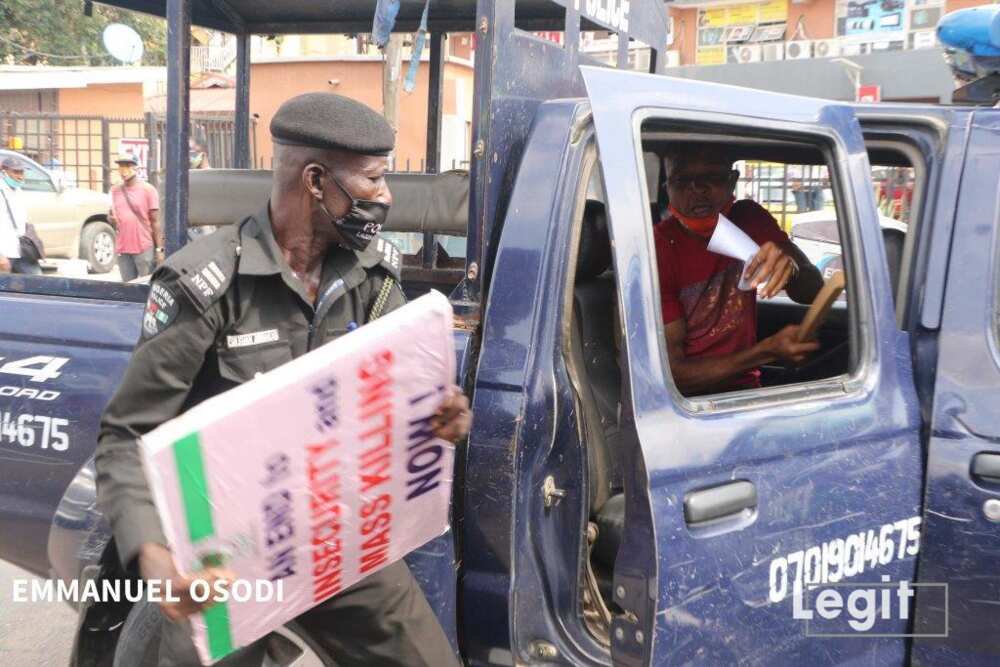 The police officers resorted to arrest of individuals since the group refused to be dispersed. Photo credit: Emmanuel Osodi.
Source: Original 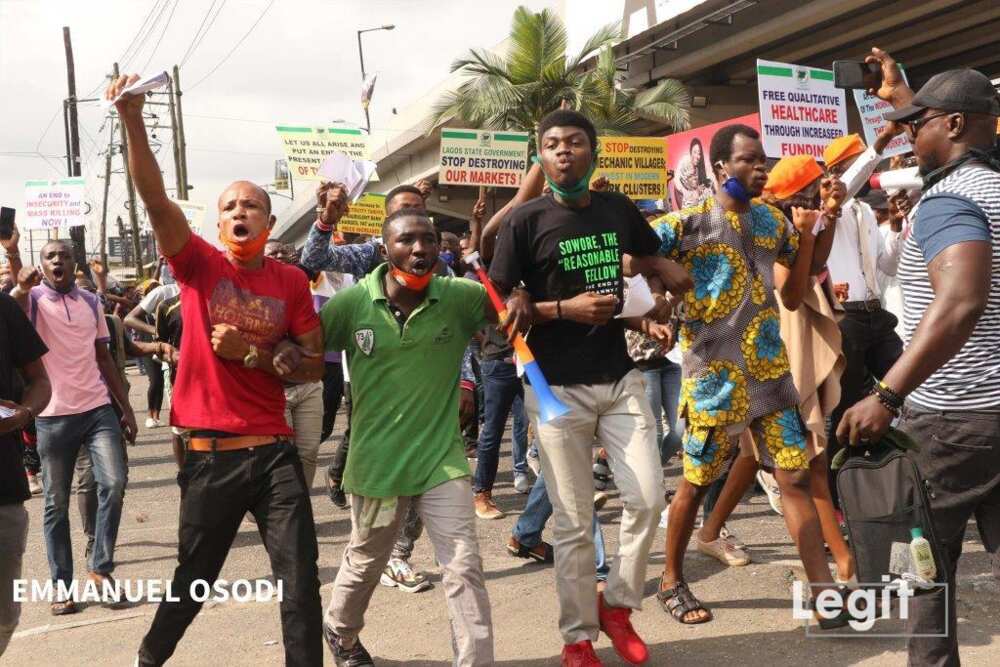 "The people, united, can never be defeated," the RevolutionNow protesters sang, as they regrouped to continue with the march. Photo credit: Emmanuel Osodi.
Source: Original