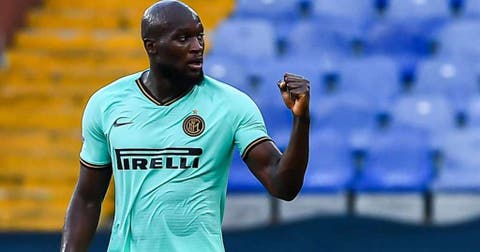 Romelu Lukaku matched a long-standing Alan Shearer record on Wednesday as he opened the scoring for Inter against Getafe.
Lukaku put Inter 1-0 up in their last-16 tie against the Spanish side in Germany with an exceptional finish in the 33rd minute.
The Belgian’s strike made it eight successive Europa League appearances in which he had scored, with the 27-year-old having also netted in each leg of Inter’s round-of-32 tie against Ludogorets.
He had previously appeared in the competition with Everton in 2014-15, scoring in matches against Dynamo Kiev, Young Boys and Wolfsburg.
Previously, only Premier League icon Shearer – back in 2004-05 with Newcastle United – had scored in his eight consecutive appearances in either the UEFA Cup or Europa League.
Lukaku has enjoyed a brilliant first season for Inter, scoring 23 Serie A goals as Antonio Conte’s side finished second behind Juventus.