Drama as lady asks boyfriend to go down on his knee after he stood proposing to her; this is what happens next (video)

The traditional way of proposing marriage, which usually has a man going down on his knee, seems to be a big deal for some people as a lady has been filmed demanding this of her man.

In the video being widely circulated on social media, a young couple is seen in a romantic scene as the man prepares to propose marriage to his lady.

The video, which has just one scene with the two loved-up characters, shows the man with an engagement ring in his hand. 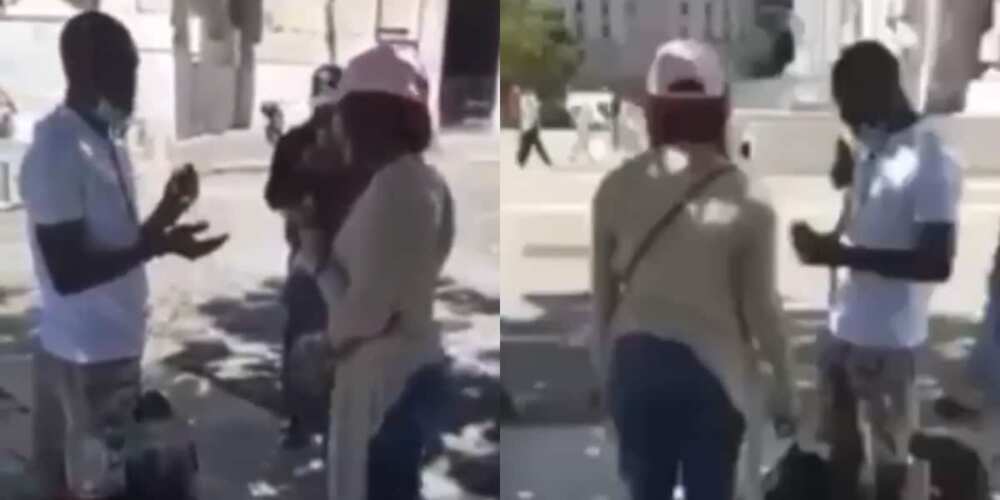 Their brief misunderstanding about the traditional gesture was captured on film and has gained attention. Photo credit: Instagram
Source: UGC

As he prepares to pop the ‘will you marry me' question, the lady gestures that he should go down on his knees.

A male voice over in the video is heard agreeing with the lady as he also suggests the lady’s man should go down on his knee.

While the lady's boyfriend attempts to explain why he thinks love is of the heart and not in an outdated tradition, his girlfriend demands he performs the gesture.

However, the man declines and explains why he thinks the gesture is not a sign of love.

The incident turns into a romantic misunderstanding as the duo start exchanging words about who is right.

Top 8 most expensive cigars in the world

She shared the screenshot of the conversation that turned out to be the beginning of their friendship.

The young man initiated a conversation on a Monday morning and admitted that he was sliding into her DM on Monday morning, a day that is generally known as the most busiest day of the week.