Bukayo Saka has been excluded in the 2019/20 Premier League’s young player of the year and Arsenal fans are not having any of it.

Supporters were given the opportunity to select from eight nominations and the 18-year-old was missing in the final shortlist. 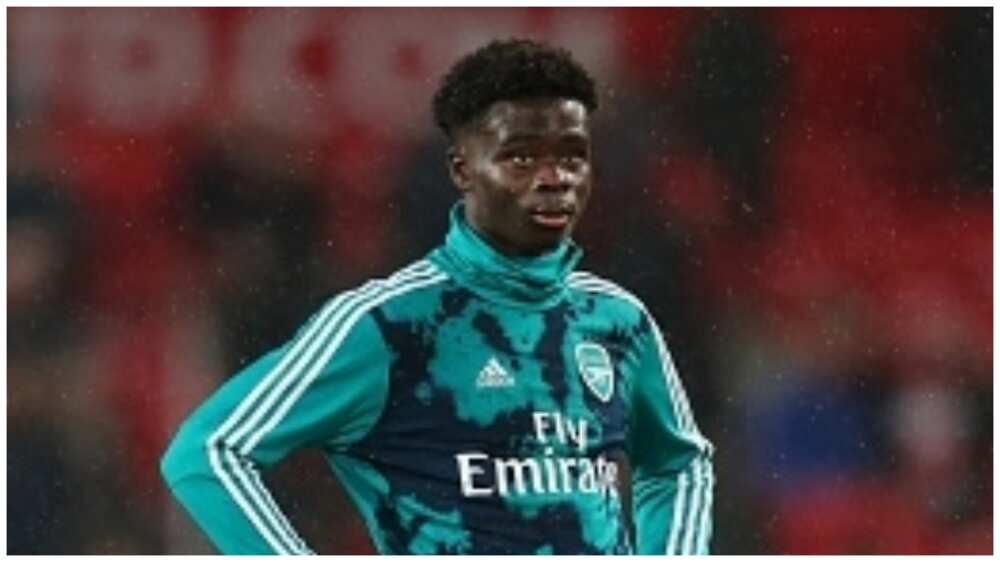 But Arsenal's Saka who had a breakthrough year into the Gunners first-team squad was not considered by fans who voted.

The England U19 international made 26 appearances in all competitions scoring four goals and provided 11 assists.

Saka filled in the void for injured Kieran Tierney and Sead Kolasinac in the left-back position under ousted Unai Emery and current boss Mikel Arteta.

Arteta then moved the youngster into a more advanced position on the wings where he continued to provide assists for their star man Pierre-Emerick Aubameyang.

However, after missing out on the final shortlist Gunners fans took to social media to vent their anger at the omission.

The British-born Nigerian has already earned himself a bumper new deal at the Emirates and has been handed the No.7 shirt ahead of next season.

Saka has been tipped to feature for the England senior national team under Gareth Southgate who will be keeping an eye on the player ahead of the European Championships next summer.

Meanwhile, Legit.ng had earlier reported that Super Eagles may soon get a new invitee into the squad after the Nigeria Football Federation (NFF) extended an invitation to Arsenal star Bukayo Saka to the national team, Brila reports.

It is understood that the NFF the have made the move after the British-born Nigerian attacker claimed he is of Nigerian heritage.

And it is now left for the 18-year-old to make a decision regarding which country he would love to represent between Nigeria or England.