Was he the richest man in 80s? This man built a gold palace which former presidents Bush, OBJ visited, spent N1.9bn for monthly cleaning (video, photos)

Late Alhaji Mai Deribe was arguably one of the richest Nigerian men in the 80s. He built a house made from a mixture of liquid gold and owned a customized Gulfstream G550 private jet.

According to the Northeast Reporters, he was one of the 12 people to own that type of aircraft in the world.

His building, Deribe Palace (Gidan Deribe) caught the world’s attention. No wonder it played host to many world leaders like Prince Charles and his late wife, Princess Diana.

Who is Tiffany Stewart and what is so special about her? Her biography in detail

Others who stayed in the luxurious palace were former President Olusegun Obasanjo, King Juan Carlos 1 of Spain, and ex American President George Bush.

The commissioning of the building was done by the then military head, General Ibrahim Babangida, who was also hosted at the gold building. 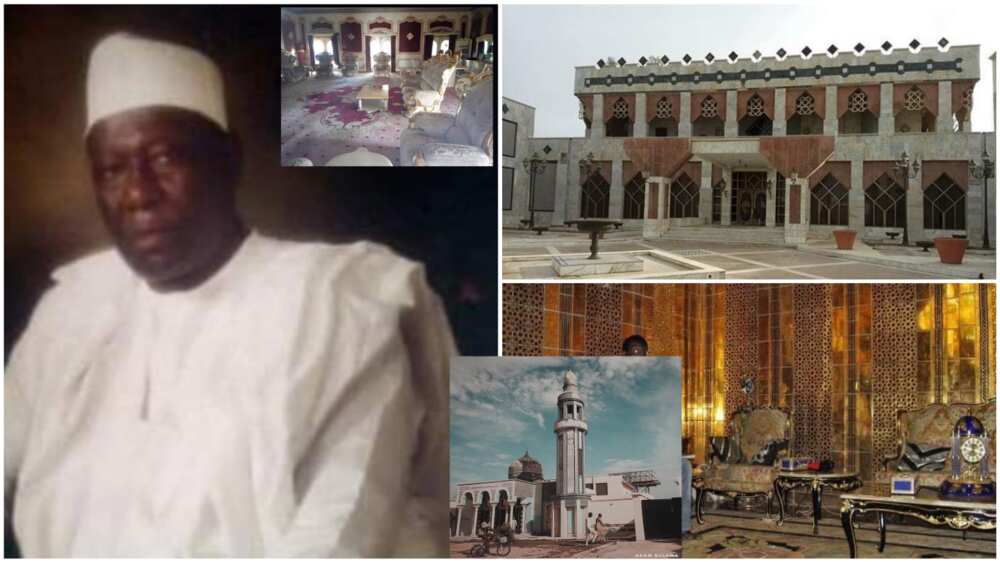 The same media also said that the late rich man spent $100m on the building, while the cleaning gulped as much as $5m per month. The man lived in the house for 12 years before his death.

Daily Trust reports that the building has several apartments and five sets of four bedrooms which he allocated each to his wives.

His son Shettima Abubakar Deribe confirmed that its construction took every nonstop work of 10 years to complete.

Shettima added that the main entrance of the building is bulletproof.

Meanwhile, Legit.ng earlier reported that the Sultan of Brunei, Hassanal Bolkiah, is one of the richest religious monarchs in the world. He was once worth $40 billion (N15,500,000,000,000).

In other news, the world’s first self-proclaimed gold-plated hotel called Dolce Hanoi Golden Lake Hotel is reportedly open for business in Vietnam. With this edifice, the face of international tourism is about to change.