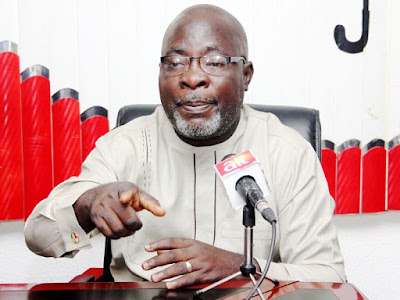 The Peoples Democratic Party, PDP, has urged Nigerians to hold the Minister of Justice and Attorney General of the Federation, Abubakar Malami, responsible should there be any violence before, during and after the Edo State governorship election.

PDP stated this while reacting to Malami’s security directive on Edo House of Assembly.

Recall that Malami had in a letter on Friday directed Mohammed Adamu, the Inspector General of Police, to provide security for the 17 Edo All Progressives Congress (APC) lawmakers.

Malami said that the directive became necessary to prevent the breakdown of law and order.

Reacting to the development, PDP, in a statement on Saturday by its National Publicity Secretary, Kola Ologbondiyan, urged the IGP Adamu to disregard Malami’s directives, adding that it was thoughtless unconstitutionality, null and void.

“The directive by the Attorney General of the Federation (AGF), Abubakar Malami, to the Inspector General of Police, Mohammed Adamu to provide security for certain individuals parading themselves as members-elect of the Edo state House of Assembly, is thoughtless unconstitutionality, and to that effect, null and void.

“If the AGF had bothered to get his facts correct before issuing the unconstitutional warrant for the Gestapo operation to the IGP, he would have known that the matter of the declaration of the seats of the errant individuals and the request for the conduct of fresh elections to fill the vacant seats are pending in competent Court in Edo State at the instance of his “clients” and therefore it’s sub-justice for him to speak on it or cause an action to be taken.

“PDP urges Nigerians to hold the Attorney General, Malami, responsible should there be any violence before, during and after the Edo state governorship election arising from the contents of his ill-advised letter.

“PDP, therefore, charges Police IGP to disregard this misguided partisan directive by the AGF as well as ensure that the Police is not entangled in such a partisan agenda against the people of Edo State,” the statement reads in part.”