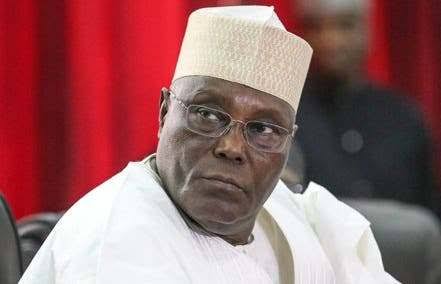 Yesufu said rather than staying silent, Atiku and his supporters should come out and speak against the killings in Southern Kaduna.

The activist made the call in response to those calling up former Education Minister, Oby Ezekwesili over her silence in the face of fresh attacks in the area.

In a tweet on her Twitter handle, the activist wrote: “When Dr Oby Ezekwesili @obyezeks marched against these killings alone and was harassed by DSS at villa gate you mocked her. Why don’t you call the Atiku Abubakar @atiku you said had structure? Abi his structure doesn’t get to stand for your rights?

“Where are the PDP leaders? Where are the Atiku’s people that go around shouting Atikulated when people are being killed in Southern Kaduna.

“Why won’t PDP and all those so-called leaders who wants votes come out and start talking about the Southern Kaduna killings.”

A fresh attack by unknown gunmen had led to the death of about 20 people with several others injured in Southern Kaduna.

NSCDC officer, 2 others burnt as 2 motorcycles collide in Badagry 0

Kindly Share This Story:The Christian Association of Nigeria (CAN), Enugu State chapter, has called on government at all level to overhaul the country’s security system

NSCDC officer, 2 others burnt as 2 motorcycles collide in Badagry

Kindly Share This Story: An official of Nigerian Security and Civil Defence Corps (NSCDC) and two others were on Tuesday burnt beyond recognition following the crash