Two first-half goals from Nicolo Barella and Romelu Lukaku were all Inter Milan needed to secure their passage to the semifinals of the Europa League.

Barella needed just 15 minutes before finding the back of the net after spinning the ball into the left bottom corner of the post.

Lukas Hradecky saved Lukaku's initial effort from crossing his goal line before the 23-year-old powered the ball into the back of the net.

The Serie A giants continued to mount pressure on their opponent and they broke-through six minutes after their opening goal. 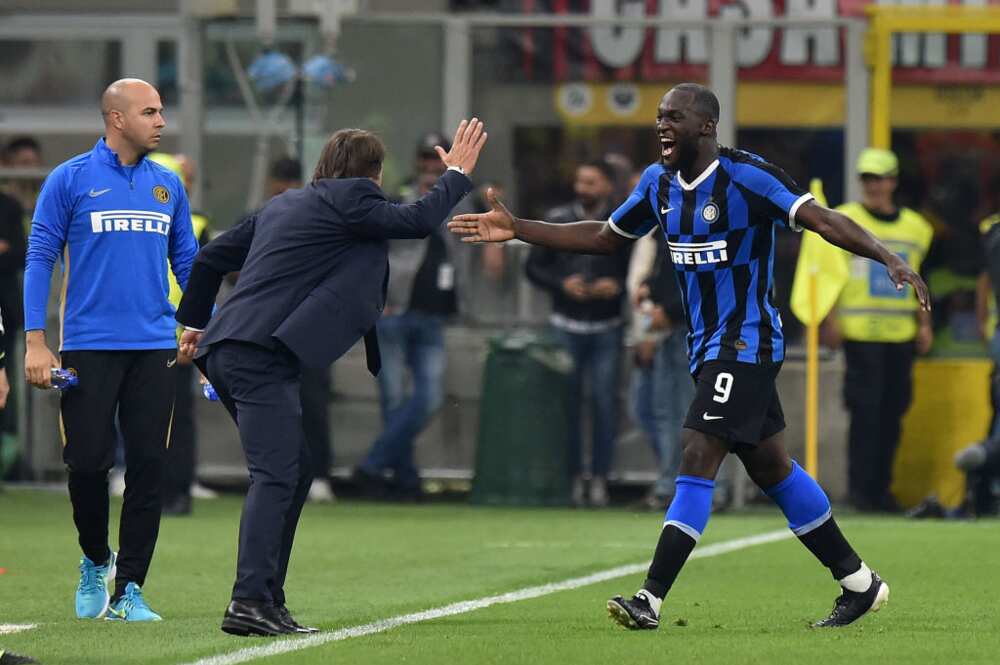 Lukaku finally got his chance to register his name on the scores sheet in the 21st minute from close range despite being heavily marked by his opponents.

While he was trying to shield the ball, he marked by two players but just before he could fall down, he managed to put the ball in-between the keeper's legs to double his side's lead.

Meanwhile, Chelsea's target Kai Havertz continued his impressive run for his Bundesliga side after reducing their deficit in the 25th minute.

The German star initiated a move at the edge of Inter's danger zone and still went ahead to fire home a close-range thunder but it was not enough to stop them from crashing out of the tourney.

Lukaku after his goal in the game became the only player in the Europa League to have scored in nine successive Europa League or UEFA Cup matches, breaking the record of eight he previously shared with Newcastle’s Alan Shearer 2005.

He is also the first player to score in six successive European matches for Inter.

Legit.ng earlier reported that Romelu Lukaku was spotted swearing on camera at Victor Moses during Inter Milan's 2-1 away win at Parma.

Ivorian striker Gervinho put the home side ahead in the 15th as it looked like Inter's title hopes have come down crashing before them.

But six minutes from time, Stefan de Brij equalized for the Nerazzurri's before Alessandro Bastoni scored the match-winner from a header with Moses providing a pinpoint cross three minutes from time.