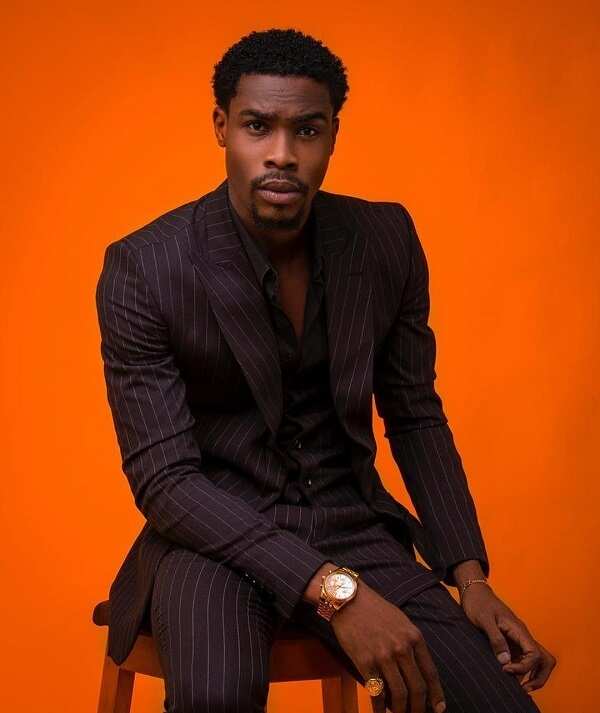 Emuobonuvie "Neo" Akpofure was the 17th housemate to enter the Big Brother Naija house. Although he describes himself as fun, tolerant, loving, and smart, he said he would not hesitate to be Indaboski Bahose when it comes to bullying and inequality.

Emuobonuvie is from a polygamous family with several lawyers. He has over 20 siblings due to his father's marriages to several women.

Neo's father is a Senior Advocate of Nigeria (SAN), while his mother was a prison warden. His parents separated after he was born.

Neo is a ride-hailing app driver.

According to Neo, his biggest achievement is winning N500,000 from a talent competition.

Words to live by

His words to live by are,

To always remain grateful, knowing that God is greater than my ups and downs. Since I no spoil person own, no body fit spoil my own.

New skill acquired during the lockdown

He learned how to sketch during the lockdown.

Emuobonuvie Akpofure's BBNaija 2020 journey began on the 19th of July, 2020. Speaking to other housemates during their ‘get to know' session, Neo said that his mum’s strength shaped him in many ways because she was a single parent who gave birth to him in a car. Enjoy the video to the hot tune by Timaya - Sili-Kon

Speaking about his family, he said,

I love my mum so much. Her strength makes me respect women a lot. I am from a polygamous home and a family of several lawyers. We are over 20 children. My father is a SAN but was separated from my mum when I was born. I was born in a car. My mum was a prison warden & I had to sleep in the prison while growing up.

As the housemates prepared for eviction on Sunday, the 2nd of August, the Big Brother Naija housemate apologized to Big Brother for touching fellow housemate Vee's bottom on Friday.

He apologized on Sunday during his diary session after Big Brother questioned him about his attitude during the Friday night arena game.

Though I’m a grown man, I respect, and I have manners. I also have home training where I come from. This place just makes me feel like I’m on a fancy vacation. I’ll appreciate you for letting me be who I am.

Everything about the new track by Kizz Daniel - Pah Poh

I know it was a bad place and time to exhibit that kind of attitude, but my hitting Vee’s buttocks was me appreciating her efforts during our task, but I’m sorry. I did not come to the show to get a woman but be myself.

The two housemates seem to be getting serious as the weeks go by. The pair are open about their feelings for each other, and their fellow housemate Wathoni even confirmed that their relationship might be the real deal.

However, not everyone believes in their relationship. Here are some of the reactions from social media: You will not stop dancing to Chizzy Boy - As ft. Barry Jhay

The Big Brother Naija Lockdown housemate made a N50K bet on Sunday night to Vee and Laycon over an argument about a song Mayorkun did for the housemates.

During the last Saturday night party, DJ Consequence played a dub version of Mayorkun's song titled "Of Lagos" which included all the housemates' names.

According to Neo, it wasn’t Mayorkun who remixed the song to include their names in it. Laycon and Vee argued that it was possible that Mayorkun might have done it.

Neo disagreed, and the housemates made a N50K bet, saying that they would find out when they left the house.

Mayorkun tweeted on Sunday night, stating that he collaborated with the DJ Consequence to create the special "Of Lagos" dub with the housemates' names.

Other facts about Neo BBNaija 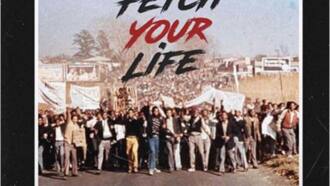 You will fall in love with Prince Kaybee - Fetch Your Life ft. Msaki

Emuobonuvie "Neo" Akpofure is a 26-year-old BBNaija 2020 housemate. He is currently in his fourth week in the house, and he is undoubtedly one of the fans' favourites.

Legit.ng recently reported that apart from fans, celebrities and other notable figures are voicing their support for their favourite housemates. Nigerian politician Ben Murray-Bruce has made his pick among the current crop of housemates in the house.