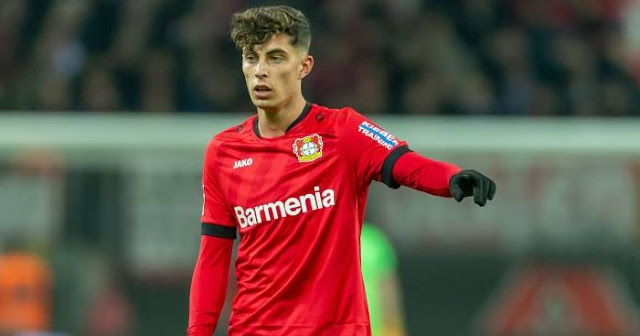 Manchester United could hijack Chelsea’s bid to sign Kai Havertz if they cannot get a deal done for Jadon Sancho, the Manchester Evening News reports.

Havertz is widely expected to move to Stamford Bridge this summer.

But the Bayer Leverkusen star has previously been linked with Premier League rivals Manchester United and Liverpool.

Sancho is United’s top target this summer, but the club is finding it hard to strike a deal, as Borussia Dortmund continue to play hardball over the £100million-rated winger.

And while United have not given up hope of signing the 20-year-old, if they continue to be frustrated they could turn instead to Havertz.

Leverkusen valued the 21-year-old at around £90m, after he scored 18 goals and provided nine assists in all competitions last season.