Prophet T. B Joshua clears air on revelation on winner of Edo election 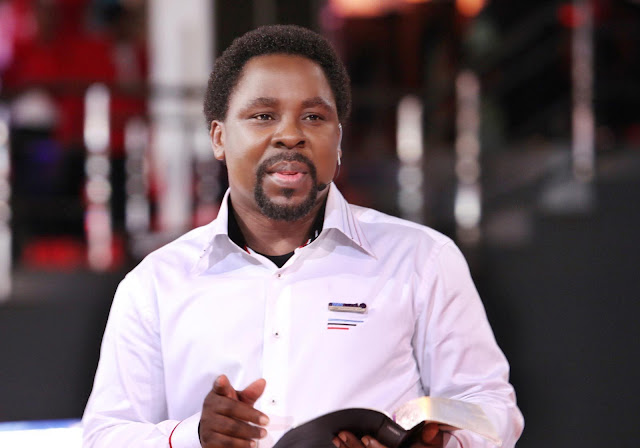 Prophet T.B Joshua of the Synagogue Church of All Nations (SCOAN), has cleared the air on a prophecy credited to him concerning the forthcoming governorship election in Edo State.

In the report that went viral during the week, the cleric was quoted as saying that God had revealed the winner of the election to him, but did not mention anyone.

He went further to say that the people should pray against electoral violence.

However, in a statement on Wednesday, the prophet said he didn’t make such prophecy, adding that any such story was, ‘entirely false.

Come September 19, 2020, the incumbent Governor, Godwin Obaseki of the Peoples Democratic Party, PDP, and Pastor Osagie Ize-Iyamu of the All Progressives Congress, APC, will file out against each for the battle of who leads the State for the next four years.

In a statement, SCOAN added, “Our attention has been drawn to several articles circulating on the internet within Nigeria claiming that Prophet TB Joshua has given a prophecy regarding the upcoming governorship elections in Edo State, Nigeria.

“This story is entirely false! Prophet TB Joshua has not given any prophecy regarding this.”

The cleric advised the people against listening to lies and not to draw hasty conclusions.

“God requires that we find out the truth from Him first and hold fast to that which is true, as the Bible says,” the statement said.