- The Gelato crooner revealed that she is a vegetarian

Billionaire daughter DJ Cuppy is having her best life in the beautiful city of Monaco and the musician is showing it off online.

From car rides to having sumptuous dishes and swimming, the Gelato crooner is definitely enjoying her stay in the city she has come to love.

It was earlier reported that Cuppy said she might relocate to Monaco.

As part of her fun activities, the billionaire's daughter recently went fishing but it does not seem like she loved the experience as she stated that her first fishing adventure would be her last. 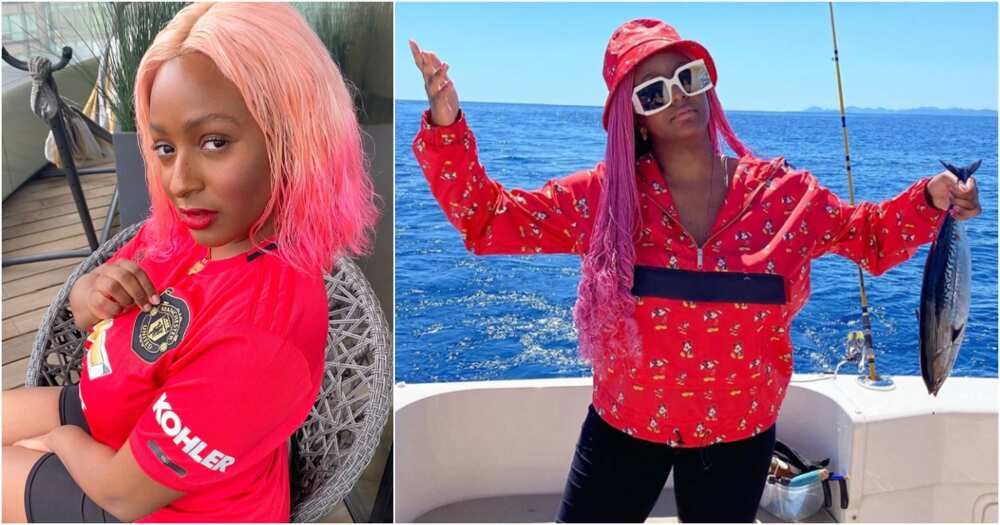 According to her, she is a vegetarian and it is against her belief to kill and fishes. The Jollof On The Jet crooner then said that she insisted on the returning the fish that was given to her into the sea.

Cuppy shared a photo of her posing with a fish in her hand.

"FIRST and LAST time going fishing ... As a Vegan this is against what I believe in, and I insisted on returning the fish back in the sea," she said.

In other news, Legit.ng earlier reported that Dj Cuppy received a mind-blowing marriage proposal via mail.

DJ Cuppy took to her Instagram account to share a screenshot of the marriage proposal she received via her email. In the mail, the sender professed his love for her.

Fascinating details about Catherine Mooty: Her life in detail

Appreciating her simplicity, he questioned if he had a chance at marrying her considering she isn't a materialistic person.

The sender also revealed that he constantly checks his social media accounts hoping to one day hear from her.

Only a few months ago, DJ Cuppy took to social media via her Twitter page to shoot her shot at popular British singer, Momodou Lamin Jallow, known professionally as Jhus.

Jhus had shared a post on his Twitter page about finding a wife. The singer had urged ladies to send him their CVs in a private message.