- Rauf Aregbesola, the minister of interior on Thursday, August 13, made the disclosure when speaking with the press

- Similarly, the minister of communications and digital economy, Ali Pantami said the world had gone digital

The Nigerian government has disclosed that the current plastic national identity card will be replaced with a digital means of identification.

Rauf Aregbesola, the minister of interior on Thursday, August 13, made the disclosure to the press after the committee on citizen data management and harmonisation held a meeting with the president, Daily Trust reported. 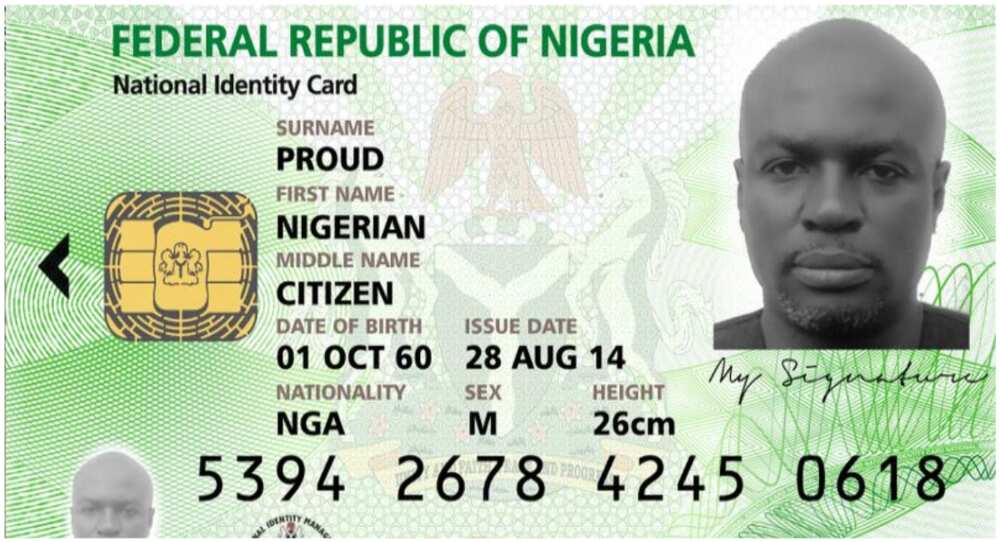 The federal government has disclosed that it has adopted a digital means of identification for Nigerians. Photo credits: nimc.gov.ng
Source: Depositphotos

The minister, who also chairs the committee, said that the card is no more the focus, adding that the important thing is the National Identity Number (NIN).

He said the digital process will be to be domiciled in the National Identity Management Commission (NIMC).

Similarly, the minister of communications and digital economy, Ali Pantami who was at the present at the press briefing, stated that the world had gone digital and stopped focusing on the production of cards.

“What the chairman is saying now is that we are no more talking about cards, the world has gone digital. So, that card is no more," he said.

“Our priority now is digital ID, it will be attached to your database wherever you are.

Pantami explained that the government was now focused on the digital ID and not on the card.

"Now, our focus is no longer on producing cards, that card is only for record but what is important is that the digital ID and if you notice we have started using the digital ID on the international passport.

“Once you have the digital ID but not the card, we are 100 percent done with you,” the minister said.

In another news, the Nigerian government has disclosed that it is making efforts to resolve the issues that led to the suspension of the issuance of the United States of America’s (USA) immigrant visas to Nigerian passport holders.

President Muhammadu Buhari on Thursday, August 13, assured Nigerians that the issues with the United States will be addressed.

The Nigerian leader was said to have given the assurance when the committee on citizen data management and harmonisation chaired by the minister of interior, Rauf Aregbesola paid him a visit in Abuja, The Nation reported.