While many are debating church reopening, this pastor is feeding 1000 children from poor families daily (photos, video)

- The man of God used to feed 400 children every Saturday but when schools closed, the number increased to 1,000

- Realising some of the minors were fully dependent on the meal, Mbugua decided to feed them on a daily basis

When schools were closed in March 2020 following confirmation of the first COVID-19 case in the country, many children in Matopeni slums, Kayole estate, were left wondering what would happen to their daily meals.

The children, a majority of them from low-income families, were heavily relying on their daily school meals to survive as most of them are not assured of a meal at home.

Observing their hardships in life, a pastor from a local church started a feeding programme for the children, as reported by NTV. 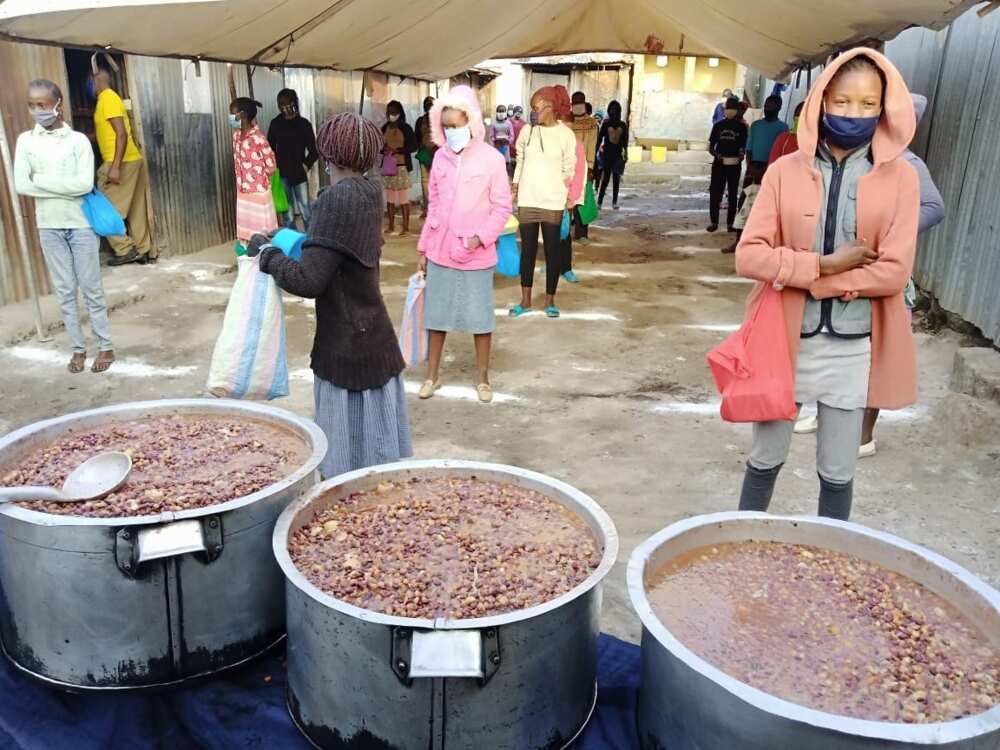 Through his Faith Rescue Network, Pastor Steve Mbugua collected some contributions from other well-wishers and decided to feed the children on a daily basis.

"Some of the parents lost their jobs, even those who were their teachers are also struggling, some come from families where the parents are alcoholics, we even realised others have been surviving on their own and collecting food from the garbage," said Mbugua.

The man of the cloth said at first, they used to feed at least 400 children every Sartuday but that number increased drastically to over 1,000 as days went by. 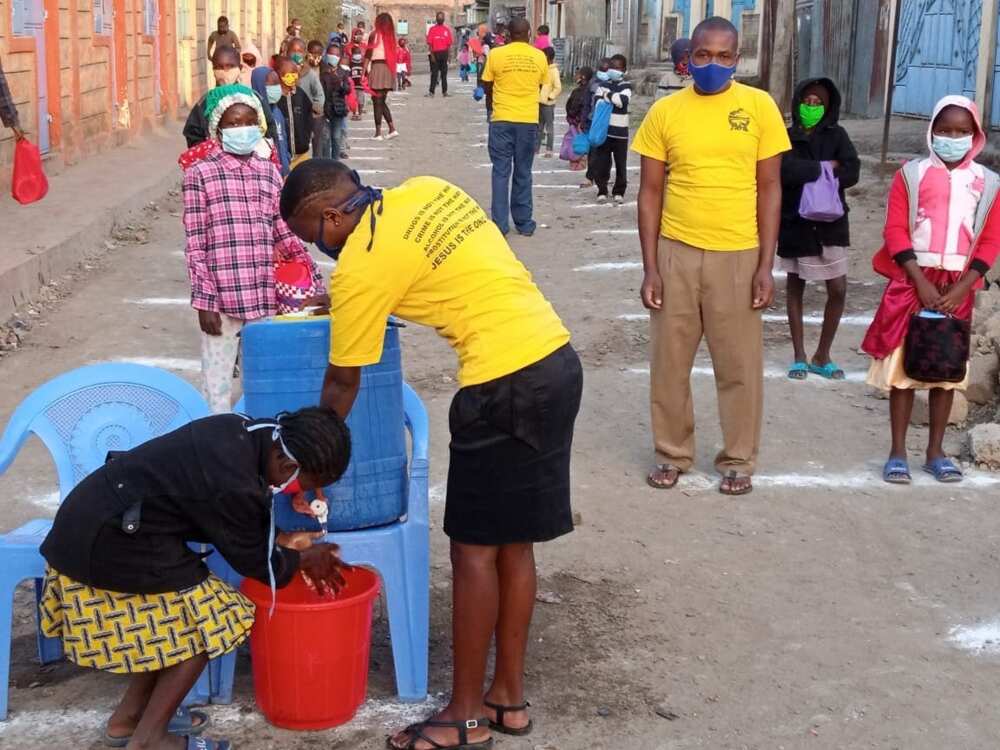 Before they are allowed to stand in the queue every child must wash their hands and their temperatures taken. Photo: Faith Rescue Network
Source: Facebook

"We started this feeding programme three years ago and at that time we used to feed the children on every Saturday and when COVID-19 struck, the numbers rose from 400 to over 1,000, realising the numbers were increasing, we decided to feed them daily,

"We are located at a very strategic place because we are surrounded by so many slums, some children come from as far as Njiru, Spring Valley, Soweto and some are from chidren's homes that were closed down," narrated Mbugua.

The man of God said he was forced to increase the ratio served for every child after realising some of them were fully dependent on the food served at the centre.

The children are also allowed to visit the centre with more than one food container for them to carry enough food for themselves and their siblings.

He said due to the ever-increasing numbers, sometimes they are forced to serve the children with bread and milk especially when they run out of meals.

"It is very difficult to tell a hungry child to go back because the food is over, we usually buy them packets of milk and bread at least to avoid them going hungry," said Mbugua. Children being sanitised and their temperatures taken before they can queue for food. Photo: Faith Rescue Network
Source: Facebook

The children arrive at the centre as early as 5 am lining up waiting to be served but for one to be allowed in, they must have their face masks on.

Pastor Mbugua said he hopes many volunteers could come forward to support his initiative to sustain the growing number of needy children.

Meanwhile, Legit.ng earlier reported that the general overseer of Synagogue Church Of All Nations, Prophet TB Joshua, finally revealed what he does before he comes to the altar to preach.

In a video he released on his official Twitter page, the cleric said that his resting time is when he receives from God, while his working time is the period he comes to the altar to preach.

TB Joshua later showed in the video the mountain he goes to commune with God. In the video, he could be seen with a Bible as he muttered what seemed like prayers.