- According to Elizabeth, also known as Special Lady, she has had different health conditions since childhood due to the rare disorder

- However, it was not until she was 32 that the full extent of the problem was discovered during a surgical procedure

Elizabeth Amoah, a Ghanaian lady who was born with two reproductive systems, has indicated how she has had to deal with multiple health conditions because of it.

The woman, who is also known as Special Lady, made this narration in an interview with SV TV Africa sighted by Legit.ng.

According to Special Lady, she was diagnosed with anaemia very early in her life and had to live on pills like Multivite for a long time.

When she was about 20 years old, Elizabeth got pregnant for the first time and it came with many complications due to her condition, and that led to the birth of a premature baby.

At some point, the lady was also diagnosed with primary infertility, but it was not until she was 32 years of age that doctors discovered during a surgical procedure that she had a pair of wombs, cervices, and vaginal openings.

Elizabeth indicates that she has come to know three other people in Ghana who have conditions similar to hers, although it is a disorder that occurs very rarely. 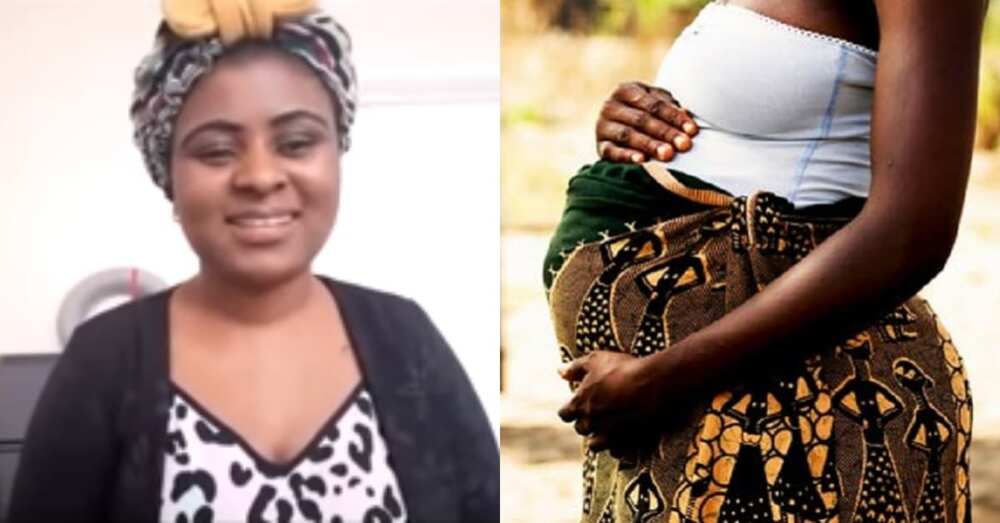 In other news, a person who lives in the Eastern Region of Ghana has confirmed he possesses both male and female reproductive organs, a rare medical condition named hermaphroditism.

Mr Brown, as he calls himself, mentioned that he grew up being confused as to whether he was male or female and, as a child, attending to nature's call in school, it was embarrassing as he possessed both organs.

"My parents named me Akua, but I felt I was more male than female and decided to rename myself Brown and stop wearing female dresses," he said.

At age 20, Brown visited the medical laboratory for tests that revealed his male hormones performed better than the female ones, which made him decide to undergo a surgical procedure to seal the female organ.