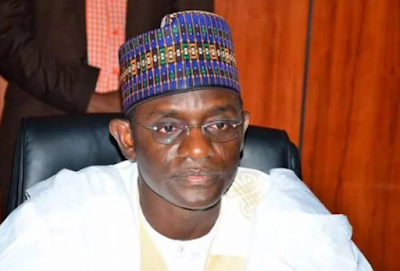 Obarogie who made the call in Benin on Friday while fielding questions from newsmen claimed that Lukeman’s intent and purpose were not for the good of the party, saying he should be called to order, NAN reports.

He was reacting to a statement credited to the D-G that the former National Chairman of the party, Adams Oshiomhole, had hijacked the campaign structure of the APC governorship candidate in Edo.

It would be recalled that the APC governors’ forum director-general had in a recent statement titled: ‘Which Way, APC?’, claimed that Oshiomhole had hijacked Osagie Ize-Iyamu’s campaign.

Lukeman raised the alarm over what he described as the diminishing electoral value of the party.

Obarogie, however, said that Lukeman’s position was not only untrue but capable of sending a wrong signal to the camps of the other governorship candidates for the Sep. 19 election.

He said, “ What Oshiomhole had succeeded in doing since the beginning of the campaign for the Edo poll, was to have placed APC in a position as the party to beat in the election.”

The chieftain, a key financier of APC at the grassroots, said that Oshiomhole had added bite to the campaign and united all the party faithful in the quest to take back the state.

“The working relationship between Oshiomhole and Ize-Iyamu, the party’s candidate, and indeed the entire APC campaign team, has never been this smooth.

“We are all united and working harmoniously to win and win big for our party,” Obarogie said.