Employment of 774,000 Nigerians: You are misguided – APC tells Wike 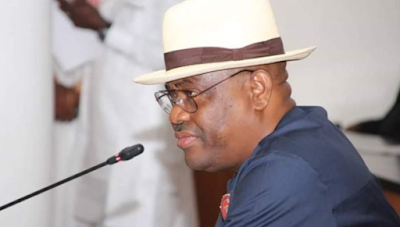 The All Progressives Congress, APC, has warned the Rivers State government not to drag it into the ongoing implementation of the Special Public Works Programme of the Federal Government.

Governor of the State, Nyesom Wike had through his nominee, Erastus Awortu, withdrew from the SPWP alleging that the programme which is meant to employ thousands of unskilled workers was a scam.

But the APC in the state is accusing the Wike-led government of blackmail, just as it says the Governor is misguided.

Spokesman of the Statutory members of the party, Ogbonna Nwuke in a statement said the argument by Wike’s government that more people are being allowed to collect forms instead of pinning down the number of beneficiaries to a specific number of slots, defeats the wild allegation made by the Rivers State Government.

He added that, “The truth is that the approach adopted by the Committee gives more persons who could have been excluded from the process, the opportunity to vie for the limited slots.

“Those who ordinarily have no godfathers; no access to strong men; would certainly have a rare chance of placing food on their breakfast tables, where a straight jacketed arrangement proposed by the Rivers State Government as reason for its withdrawal from the scheme is not allowed to operate.

“There are attempts by agents of the Rivers State Government to blackmail the All Progressives Congress(APC) and drag the Party into a needless confrontation over the implementation of the ongoing employment scheme driven by the Federal Ministry of Labour and Employment.

“We state emphatically that while some special interest groups, including the Christian Association of Nigeria (CAN), National Union of Road Transport Workers (NURTW) as well the Rivers State Government, to mention a few, have been drafted under the programme to ensure Rivers people benefit from the Federal Government’s scheme, the APC has maintained a safe distance from its implementation.

“The APC in Rivers State would remain neutral and impartial on matters like this which affect the well being of a great majority of our people. And we thank the Bariko-led Committee for ensuring that the scheme which is being hailed by the needy is not hijacked by anyone for selfish and political reasons.”