- The presidency has continued the conversation on the new petrol price

- In its usual rhetoric, the presidency has again, compared itself to the opposition PDP when the latter was in power

- Garba Shehu, a presidential spokesman, urged Nigerians not to be deceived by the PDP

The presidency has told Nigerians not to be deceived by the Peoples Democratic Party (PDP)'s stance over the new petrol price.

“Don't allow the PDP to deceive you. Amidst acute shortages, they sold petrol at N600 per litre on Easter Sunday in 2013,” Shehu tweeted with a photo of a national daily to buttress his position.

The PDP, Nigeria's biggest opposition party has been very vocal about the increase in the pump price of fuel by the Buhari-led administration. 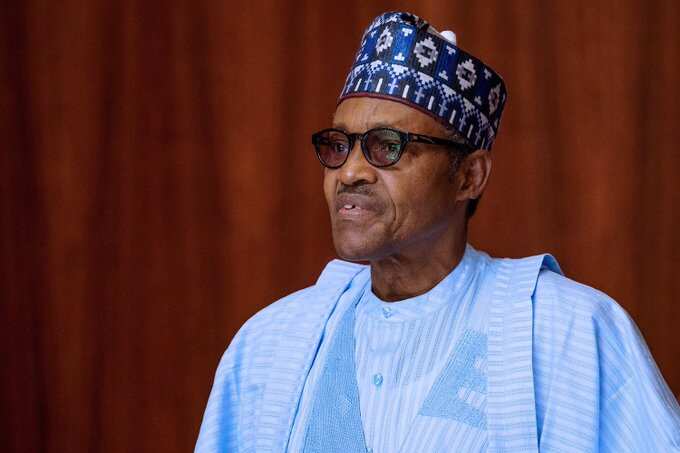 President Buhari and his government has been facing criticisms from Nigerians over the petrol price hike. Photo credit: @MBuhari
Source: Twitter

“Our party stands with Nigerians in insisting that there is no way our compatriots can survive a N162 per litre fuel price and a N66 per kw/h of electricity in a country which, in the last five years, ranked as poverty capital of the world,” the PDP said in a statement earlier in the day.

With a frightening 23 per cent unemployment rate; where over 90 million citizens live in abject poverty, many Nigerians are currently living on less than N500 a day according to globally-recognised statistics.

Last week, the ruling All Progressives Congress (APC) blamed the PDP and its past governments for the current petrol price increase in the country.

The ruling party was reacting to the PDP's statement where the opposition party criticised the Buhari administration for increasing the petrol price per litre and the electricity tariff in the country.

The APC said successive PDP governments had foisted on the country a corruption-tainted fuel subsidy regime, which is now affecting the present government.

“We call on the PDP to surprise itself and indeed Nigerians by cajoling its cronies who ran the subsidy rackets -- many of them in hiding abroad -- to return our stolen commonwealth in their possession,” Yekini Nabena, APC acting spokesman said in a statement.

On his part, the minister of information and culture, Alhaji Lai Mohammed, at a press briefing in Abuja on Monday, September 7 said the angry reactions that have greeted the latest prices of petrol are “unnecessary and totally mischievous.”

“The government can no longer afford fuel subsidy, as revenues and foreign exchange earnings have fallen by almost 60%, due to the downturn in the fortunes of the oil sector. Yet, the government has had to sustain expenditures, especially on salaries and capital projects,” Alhaji Mohammed informed journalists at the briefing.

City of Bulawayo workers returned to work on Tuesday after calling off their week-long strike over poor pay.The strike had crippled council services with uncollected

Police have made a fresh appeal to Zimbabweans to improve their discipline and heed all current lockdown measures. Spokesperson Paul Nyathi said police had arrested