Mesut Ozil has revealed his all-time dream team to his fans on social media and none of his current Arsenal teammates are involved.

The German midfielder who has fallen out of favour with Mikel Arteta told his 24.9million Twitter followers to ask him series of questions.

And one of them wanted to know the 2014 World Cup winner's dream XI as the 31-year-old answered. 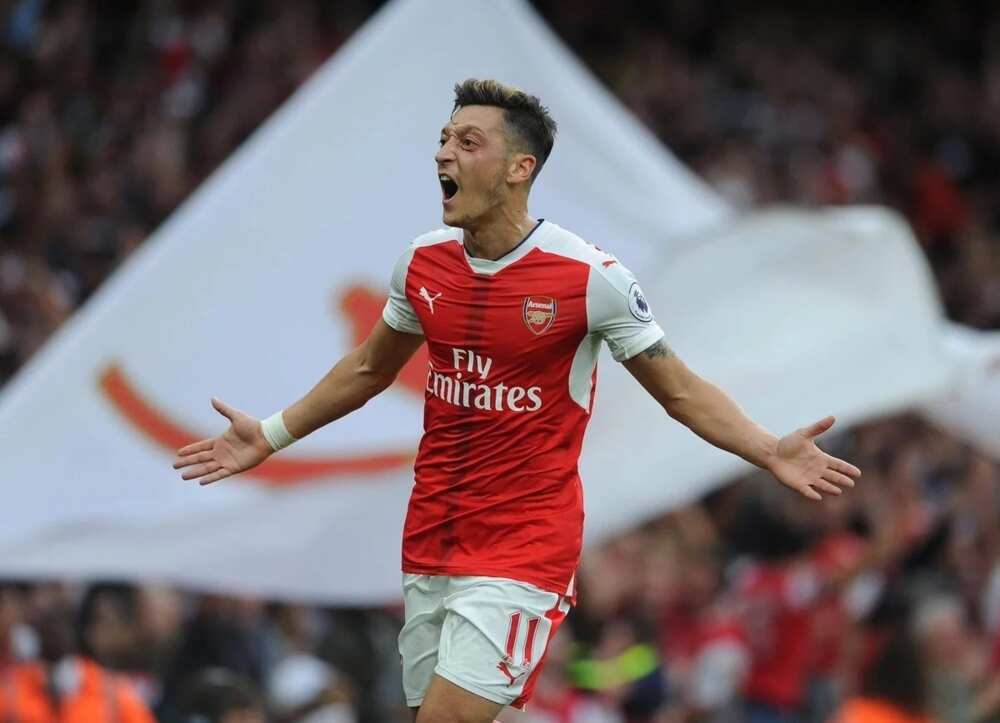 There were no condition given on which of the players he should select but no member of Arteta's side was included.

Ozil and the legendary goalkeeper played at Real Madrid for three seasons before departing for Arsenal. They both won a La Liga and Copa del Rey title under Jose Mourinho.

The Bayern Munich and Ozil played in the national team together for five years and won the World Cup in 2014 in Brazil.

It is still in the memory of the German midfielder of how himself and Ramos helped Real wrestled the league title from Barcelona during the 2011-12 campaign.

The pair flourished at the national team, playing in four major tournaments together and winning the World Cup in 2014.

Marcelo named Ozil in his dream team, the midfielder is also putting the left-back on his list after playing three years together at the Bernabeu.

The Spanish legend who currently manages Real Sociedad's Team B labeled the German star the classic midfielder. They both shared the dressing room together for a number of seasons at the Spanish capital.

Carzola is the only former Arsenal star on the list and they enjoyed two seasons together at the Emirates.

Ozil benefitted from a perfect counter-attacking system for Di Maria while they both played at Real Madrid. When the duo played against each other in 2016, Di Maria said: "Ozil is a world class player, his passing is excellent and he is surrounded by some very fast players."

The 2007 Ballon d'Or winner battled to have a first-team place under Mourinho but the Brazilian legend left a lasting impression on the German.

When Ozil left the Bernabeu for Arsenal, Ronaldo was not happy as he said: "He was the player who best knew my moves in front of goal… I'm angry about Ozil leaving."

Ozil picked Benzema instead of his current Arsenal teammate Pierre-Emerick Aubameyang who has scored many goals since his arrival from Dortmund.

On the other hand, Benzema scored 47 goals in three seasons they played together with Los Blancos.

Meanwhile, Legit.ng had earlier reported that Willian cracked a joke with international teammate Thiago Silva that he would have stayed at Chelsea if he knew he was joining the Blues, reports claim.

Silva joined Frank Lampard's side on a one-year deal shortly after his contract with Paris Saint-Germain expired in the summer.

On the other hand, Willian refused to extend his stay at Stamford Bridge and joined London rivals Arsenal on a three-year contract.