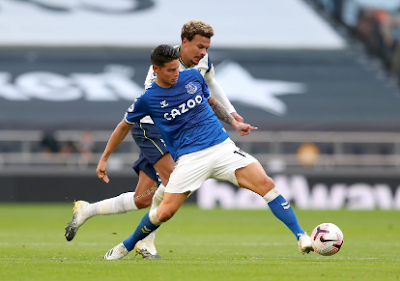 Everton defeated Jose Mourinho’s side at the Tottenham Hotspur Stadium, thanks to a second-half goal from Dominic Calvert-Lewin.

Rodríguez becomes the first Premier League debutant to create at least five chances since Alexis Sanchez for Arsenal in August 2014 after featuring in Everton’s victory against Tottenham, according to Opta Joe.

The 29-year-old reunited with Carlo Ancelotti, who he worked under both at Real Madrid and Bayern Munich.

He will now hope to continue his impressive display for Ancelotti’s side when they host West Brom in their next fixture on September 19.

Tribalism at its best: Khuphe a leader sent from hell! My reply! 0

Tribalism at its best: Khuphe a leader sent from hell! My reply!

They see everything is wrong and going wrong because of Thokozani Khuphe. But who ignited the whole shenanigans going on in the MDC opposition parties?