Nigeria's chief of army staff, Lieutenant General Tukur Buratai, on Sunday, September 13, charged the troops of Nigerian army to remain resolute in the fight to end banditry in the northwest region of the country.

Buratai made the charge while announcing an extension of Operation Sahel Sanity, a strategy of the Nigerian army aimed at ending banditry in the northwest region.

The army chief said the troops must remain focused on the plan to eliminate remnants of bandits operating in the northwest.

He said taking into consideration the achievements recorded in barely two months of launching the operation, the Nigerian army has expanded its area of responsibility beyond northwest to include north-central. 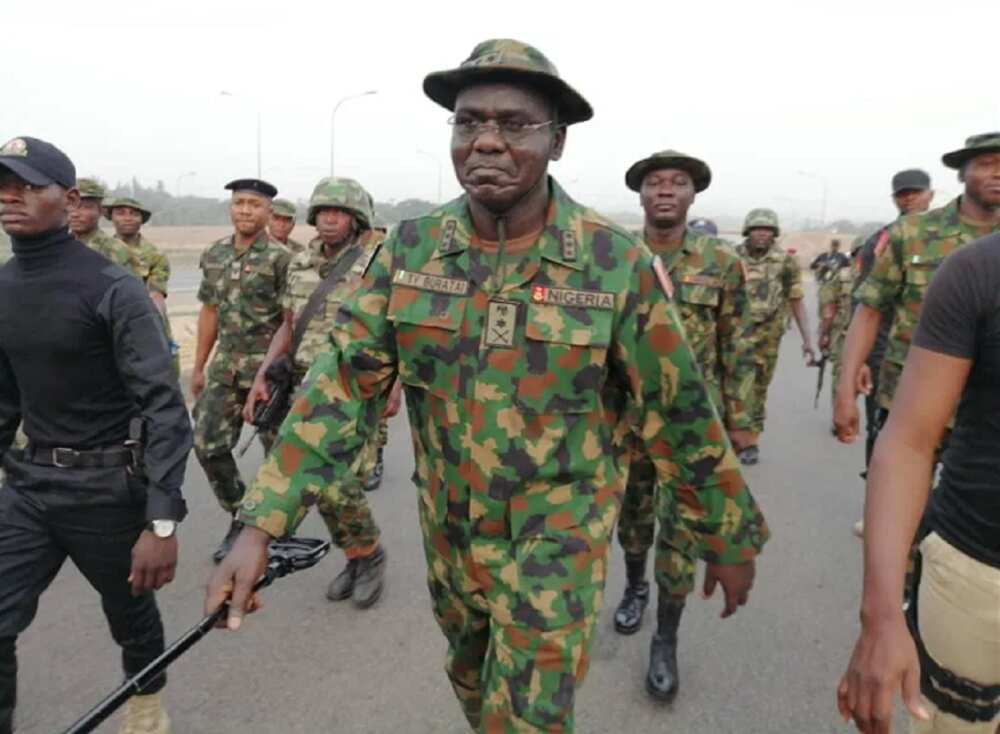 The army chief has urged the troops to be ruthless on bandits in the northwest. Photo credit: PRNigeria
Source: UGC

Buratai also said that the army has reinforced troops to ruthlessly deal with bandits who have terrorized the country.

Noting that troops are receiving more equipment to help end the insecurity in the region, the army chief said there is a need to intensify the onslaught against the bandits and their accomplices.

He also said that with dedication, commitment, determination and professionalism of the troops, sanity would soon return to the northwest.

Further commending the Nigeria media for support and cooperation with the Nigerian military, Buratai urged members of the public not to shield any criminal and always give information on their activities to relevant security agencies.

The troops arrested Gana on his way to accept an amnesty deal from the Benue state's government.

However, explaining the circumstance surrounding his death, Governor Ortom said Gana was killed during a gun battle with the Nigerian army.

Following Gana's death, a group in Benue has commended troops of the Nigerian military over the strategic operation that led to the militia leader's killing.

The Benue Good Governance Crusade (BGGC) said the killing of Gana by the military represents an end to the reign of terror in Nigeria's middle belt region.

In other news, the senator representing Benue northeast, Gabriel Suswam, condemned the killing of Gana by the Nigerian military.

Suswam said the military has failed to learn anything from the killing of Mohammed Yusuf which led to the emergence of the dreaded Boko Haram group in the northeast.