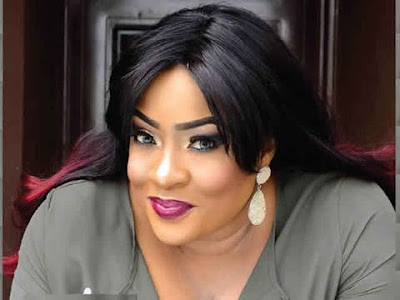 Popular actress Foluke Daramola-Salako has reacted to the new law in Kaduna State which penalizes male rapists with castration and bilateral salpingectomy for their female counterparts. The law which was signed by the Kaduna State governor, Nasir El-Rufai, will ensure that the names of rapists are published in the Sex Offenders Register.

In a chat with The Punch, the actress who was also a victim of rape during her teenage years expressed delight at the news, stating that, ‘it is the best news I have heard this year.’

She also urged the state to ensure that the law is enforced and followed to the letter.

The thespian said, “It is a thing for them to make a law and another for them to follow it through and through. We make a lot of laws in Nigeria that we don’t follow to the end. At the end of the day, they are just laws. Or maybe it is binding on just the commoners and not the high and mighty.

She added, “If the law is not enforced, it is as good as just being in pen and paper. If it is followed to the letter, it will have a tremendous effect on the psychology of anybody that wants to perpetrate such an act. Such a person will think twice before embarking on such evil thought so the governor must enforce the law.”

In a 2019 interview with newsmen, Foluke Daramola revealed that she was “raped by her tenant” because he thought she was older than her actual age.

According to the actress, “When it happened to me, I thank God I had friends who helped me recover fast. When I came out to say it, people were shocked, but I am happy that after my interview, people started coming out to talk about their experience. It has been happening; it is just that people don’t talk about it. An abuser is always a product of abuse. I’ll advise parents to always pay attention to their children and listen to them.”