- The Blues have spent big during this transfer window rolling out £200.88m

- Barcelona are occupying second position on the list with £92.7m

Chelsea who are Premier League club have now emerged as the side topping the list of biggest spenders in Europe for the year 2020 following massive signings at Stamford Bridge.

Last season, Frank Lampard and his wards failed to win any title in all competitions, but the Blues did themselves lots of good by qualifying for the Champions League.

However, club's owner Roman Abramovich decided to help his side by releasing massive sum of £200.88m for Lampard to recruit big players this summer.

The Blues stunned the transfer market with the signings of Kai Havertz, Timo Werner, Ben Chilwell and Hakim Ziyech among others.

Barcelona who also failed to win any title last season in Spain are occupying second position on the list of big spenders while Inter Milan occupy third.

In total, four Premier League clubs are among the big spenders in Europe for the year 2020 according to Transfermarkt. 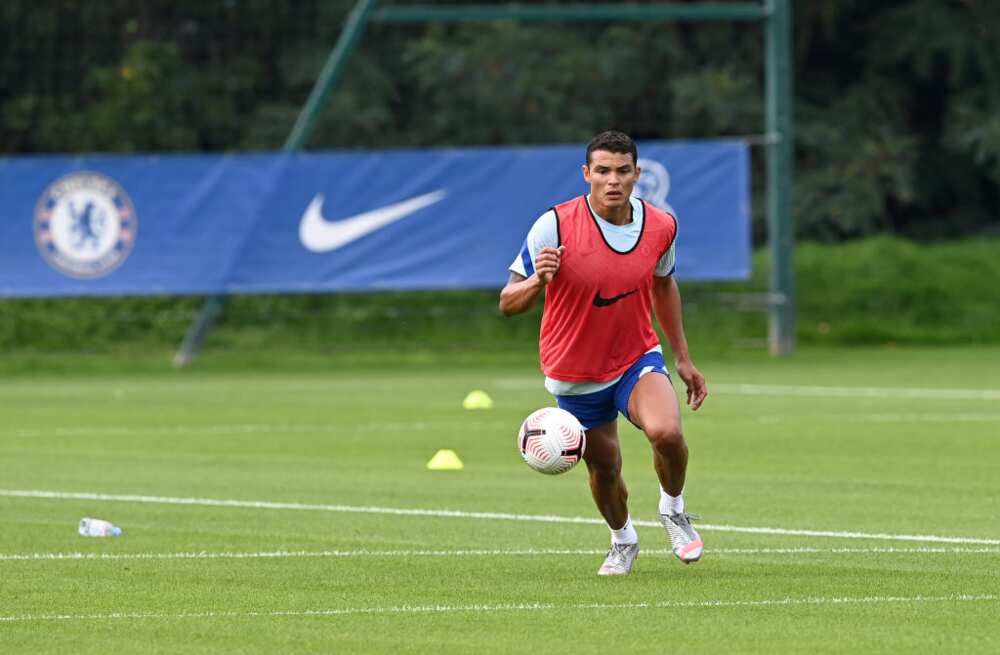 Napoli who are occupying eight position have only signed Nigerian footballer Victor Osimhen in a great move for the Super Eagles star.

Earlier, Legit.ng had reported how Veteran Brazilian defender Thiago Silva handed Chelsea camp a huge boost after joining them in training for the first time on Wednesday, September 16.

The 35-year-old joined Frank Lampard's side on a free transfer from Paris Saint-Germain this transfer window. He signed a year deal with the London club until the end of the current season.

He participated in the Blues session along with Ben Chilwell - which includes group matches and other drills.

It will be recalled that both players were not part of their Monday night's victory over Brighton & Hove Albion which saw them kick off their campaign on a winning note.